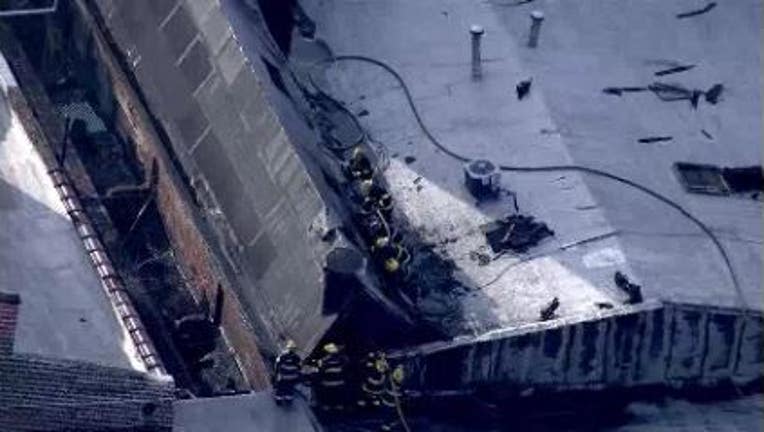 SkyFOX was over the scene of a warehouse fire in Bridesburg.

BRIDESBURG - Fire investigators are working to determine what sparked a 2-alarm blaze at a warehouse in Bridesburg Friday morning.

The Philadelphia Fire Department tweeted that over 100 firefighters responded to the building, which reportedly houses multiple businesses.

The building's sprinkler system helped douse the flames, but crews found fire in the ceiling, according to the department.