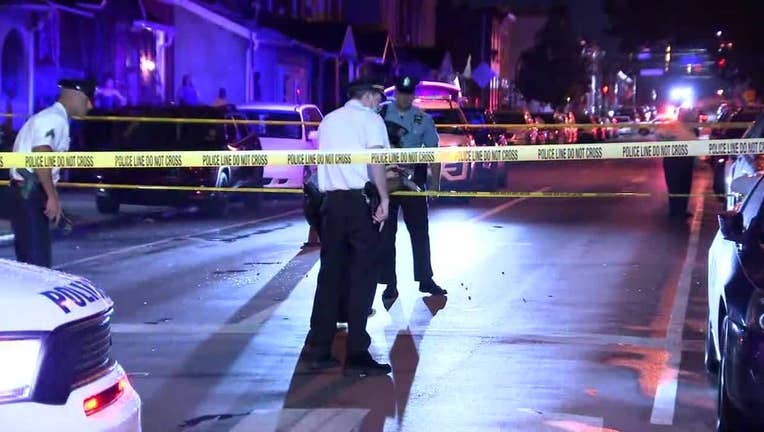 NORTH PHILADELPHIA - Charges have been announced in the shooting and wounding of a pregnant woman and two other adults in July, District Attorney Larry Krasner announced Tuesday.

Nicholas Fuentes, 22, was arrested in Wisconsin on August 31, officials stated. Fuentes was sought in connection with what authorities say was his role in the shooting of a woman who was 36 weeks pregnant with his child, and two other adults, while a baby was nearby.

RELATED: Pregnant woman among 2 wounded after shots fired into car in Fairhill

DA Krasner’s office stated the pregnant woman was attempting to move out of the house she shared with Fuentes after a domestic dispute. The two adults were helping her, when the shooting took place.

All of the victims are recovering from their wounds. The baby was unharmed.

Fuentes is charged with three counts of attempted murder and other related charges. The shooting took place July 22nd, on the 3400 block of North 2nd Street in the Fairhill neighborhood in North Philadelphia.

Anyone needing information about intimate partner violence can contact the Women Against Abuse hotline 24 hours a day, seven days a week at 1-866-723-3014.

Temporary Protection Fom Abuse Orders (PFAs) may be requested by email, TempPFA@courts.phila.gov, by phone at 215-686-6311, ext. 19217; and in person at the Philadelphia Criminal Justice Center.