SCOTTSDALE, Ariz. - These aren't the passengers you hope to have inside your car when you're a Lyft driver.

A shocking video from a Lyft ride shows passengers shouting homophobic slurs at the driver and telling him to go back to his own country.

The incident took place in Scottsdale on Jan. 16. The ride lasted less than a mile and it ended after the driver says the maskless men tried to drink beers in his car.

"He assaulted me. Listen.. listen."

"The first guy came with three beers in his hands."

Sameer says when one of the men opened the beers, he told them to get out.

"I can't take this ride. I'm going to cancel because you guys have no respect."

"You are a [expletive expletive]."

"[Expletive expletive] you want to step?

After the men got out of the car, Sameer, who moved here from Jordan decades ago heard this:

"Go back to your dumb [expletive] country."

On Jan. 19, Lyft provided a statement: 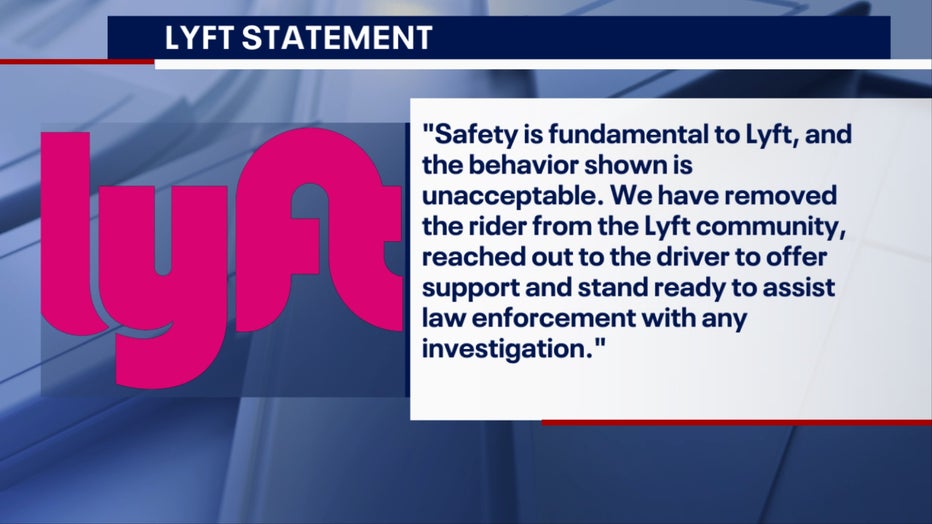 "I'll keep driving, no problem," said Sameer, who plans to press charges if he can.

We were unable to contact the passengers in the video.

Sameer says he started recording every trip after another passenger grabbed his neck two years ago.