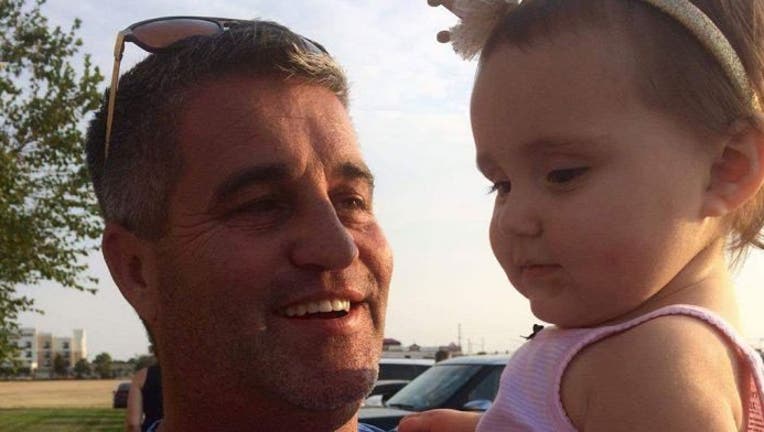 (FOX NEWS) -- The families of two U.S. citizens have come forward to Fox News to report that the pair died suddenly while visiting the Dominican Republic.

They have been identified as Chris Palmer, a 41-year-old Army veteran from Kansas who died April 18, 2018, and Barbara Diane Maser-Mitchell, a 69-year-old retired nurse from Pennsylvania who died on Sept. 17, 2016, after falling critically ill at a resort.

The State Department confirmed their deaths to Fox News on Thursday.

The two deaths reported to Fox News come as US and Dominican officials are probing the sudden deaths of nine Americans on the island dating back to June 2018. Maser-Mitchell’s family came forward after learning of the other deaths through recent news reports and seeing similarities.

Dominican government officials have said that the deaths were coincidental and attributable to natural causes. Concerned about the impact of negative attention on their tourism industry --some 6 million people from around the world vacation there, and more than 2 million of these are from the U.S. -- officials from different government agencies have hit back at theories that the deaths were due to adulterated alcohol, pesticide exposure or deliberate poisoning.

On Friday, Dominican authorities are scheduled to hold a press conference in which they're expected to discuss final autopsy reports showing why the U.S. tourists died after falling suddenly and critically ill.

Tourism Minister Francisco Javier Garcia told Fox News on Thursday that he's seen the final reports for all nine victims whose deaths had been covered in the news of late, and said there is nothing in those reports to suggest anything mysterious or nefarious.

"The deaths occurred due to previous health conditions of the deceased, as the autopsies performed have shown," Garcia said.

U.S. officials have said that there is no evidence that the deaths are linked. The families of Palmer and Maser-Mitchell, like the relatives of the others who died in 2018 and 2019, firmly reject those assertions.

“As soon as he died, I wondered if he was poisoned, if he was drugged,” said Bernadette Hiller, who dated Palmer for about 10 years and saw him the week before he died. “He was healthy as a horse.” 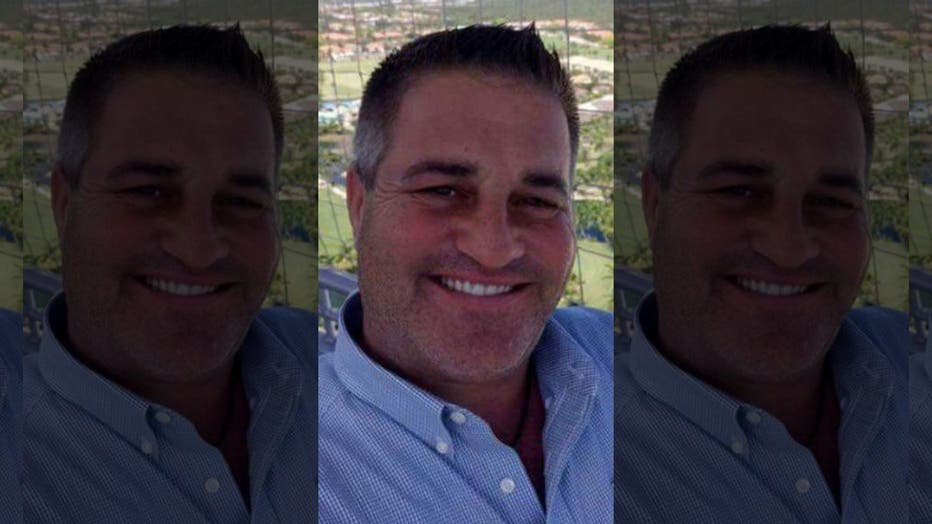 Chris Palmer died in the Dominican Republic in April 2018

Maser-Mitchell went to the Excellence resort in Punta Cana to celebrate her birthday with her son and his longtime companion.

On her second day at the resort, after having cocktails, she said she felt ill and went to her room, which was adjacent to her son's room, according to her son's companion, Terry Mackey.

The next day, Mackey said, Maser-Mitchell continued to feel ill and did not accompany them for breakfast.

Mackey said Maser-Mitchell drank in moderation, never more than that.

"In the 15 years I knew her, she never suffered aftereffects," Mackey said to Fox News. Maser-Mitchell grew progressively worse, and her family summoned the resort doctor, who asked the retired nurse if she wanted to go to a hospital, according to Mackey. Maser-Mitchell at first declined, then said she would go.

Prior to taking the trip, Mackey said, Maser-Mitchell had a medical exam and was cleared to go on vacation.

"The hospital personnel were not kind or helpful," she said, referring to the hospital in the Dominican Republic where Maser-Mitchell was pronounced dead.

When Maser-Mitchell's body arrived in the U.S., it was in such bad shape there was no viewing, Mackey said. Dominican authorities reportedly said Maser-Mitchell's corpse had not been preserved properly.

Garcia, the tourism official, said he was not aware of FBI testing minibar contents, but said Dominican authorities were testing alcohol, food, air quality, water, and kitchens at the resorts, and that lab results could be known Friday or Monday.

The families are skeptical and say they do not have faith in Dominican officials, given the high price that a revelation of something other than natural causes triggering the deaths would exact on their lucrative tourism industry.

Palmer, who served in the Army and was a salesman and scuba diving instructor, loved traveling and was savvy about where to go and what to avoid, his daughter, Meghan Arnold, told Fox News.

He was staying at the Villa Cocotal Palma resort in Punta Cana.

At some point, he told friends he was feeling ill -- he had a bad headache, Hiller, his one-time girlfriend who remained a close friend, told Fox News.

Hiller said it was unclear if he had consumed a beverage from a hotel bar or the mini bar. Friends and family say he had been working at a resort in Mexico and went to the Dominican Republic to look into selling timeshares and teaching scuba diving at the resort.

At some point on April 18, he was found dead in his room. Dominican authorities said he aspirated on his vomit.

Echoing relatives of other tourists who've died in the Dominican Republic, friends and family say they were pressured to cremate Palmer's body.

"We are devastated and are seeking answers," Hiller said. "This was so sudden and unexpected. This has been a nightmare for his family." 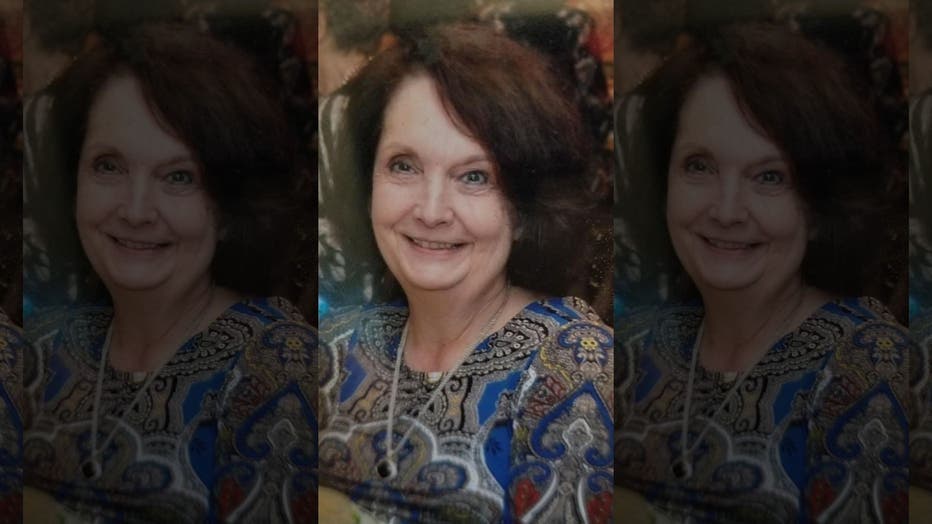 The relatives of most of the nine U.S. tourists -- whose deaths occurred under seemingly similar circumstances --have raised doubts about the accounts they've been given by Dominican authorities, and several have expressed exasperation over the U.S. State Department, which they felt was taking too passive a role.

In June, a New Jersey woman, Leyla Cox, died in her room at the Excellence resort after falling critically and suddenly ill, according to her family. Cox, an MRI technician, had gone on a solo trip to celebrate her 53rd birthday. With the help of the U.S. Embassy in the Dominican Republic and his congressional representatives, her son, Will Cox, successfully got the authorities there to agree to send a vial of her blood to the U.S., where toxicology tests will be conducted at the New York hospital where she worked.

Cox's family and co-workers say they do not believe that she died of a heart attack, the official cause of death.

Several relatives of those who have died are planning to conduct their own tests in the United States. Since Dominican authorities have attributed nearly all the deaths to natural causes, they have declined to conduct toxicological tests, leading to complaints from the relatives.

At least two members of Congress this week said they would press for answers.

In a June 19 letter to Secretary of State Mike Pompeo and FBI Director Christopher Wray, Rep. Frank Pallone, D-New Jersey, wrote: “The circumstances surrounding the untimely deaths of nine Americans is heartbreaking, and I ask that you immediately take steps to update the bereaved families and ensure they are given all information on the cause of their loved one’s death as the investigation continues."

Pallone noted that "at least nine American tourists without pre-existing illnesses experienced similar symptoms, including pulmonary edema, bleeding, and vomiting blood and death....I also urge you to expedite a reassessment of the Travel Advisory for the Dominican Republican to make sure American travelers have a full understanding of travel risks. I ask the Department of State and the Federal Bureau of Investigation to provide our offices with an update on the current investigations of these illnesses and deaths, and what possible steps can be taken to prevent any further loss of American lives.”

Pallone also urged the State Department to reassess its travel rating for the Dominican Republic, currently at a Level 2, which suggests increased caution, citing a rise in crime. The highest rating is Level 4, signaling a high degree of danger.

"There are no problems of contaminated or adulterated beverages as has been falsely said [by the media]," Garcia said. "We [Dominican officials] are the ones who have taken the samples, multiple samples, from kitchens, rooms, water, minibars, etc. This testing includes the Bahia Principe resorts, the Hard Rock resort, and others."

He said the samples are being analyzed in laboratories and that results may be available Friday or Monday.

Garcia acknowledged that the recent deaths – and the international media reports on them – will have an impact on the tourism industry to the Caribbean destination. He insisted that it would only be a momentary hit.

“Dominican hospitality is one of international standards,” he said. “I have traveled to countless countries [in my capacity] and I say that there is no hotel that I have visited in capitals of the world that have the characteristics of the hotels in the eastern region of the country.”

He said, however, that the ministry plans to go “hotel by hotel” to determine the level of security already in place and decide what else might need to be done to improve quality.

“We want to guarantee that the security measures are in place for our guests,” Garcia said.

Fox News reporter Lucia Suarez Sang, reporting from the Dominican Republic, contributed to this report. Get updates on this story from FoxNews.com.