A Delaware County mom says her teenage daughter had a DoorDash delivery scare Saturday night that has the family shaking days later after she received an alarming message. FOX 29's Jennifer Joyce reports.

RIDLEY TOWNSHIP, Pa - A Delaware County mom says her teenage daughter had a DoorDash delivery scare Saturday night that has the family shaking days later after she received an alarming message.

"When your kid sends a message and is afraid that someone is gonna come over to your house and hurt them and you’re an hour and a half away, it's terrifying. I was terrified," she told FOX 29. 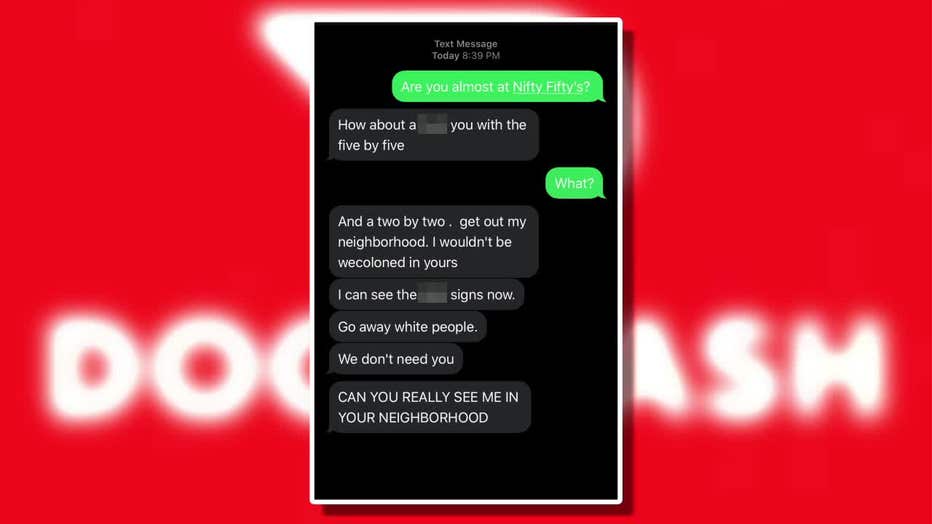 The girl's parents were at a concert in Atlantic City when they say their 14-year-old daughter and her siblings placed a food order through DoorDash delivery service.

"She got an update that said your dasher has arrived at rest and it should be 1-3 mins but we never received the order," she said.

The mom says when her daughter reached out to the driver through the DoorDash app, the teen received a horrifying response. She claims her daughter got a message with profanity and threatening language about race and the Ku Klux Klan.

"I was so scared that someone was gonna show up at my house and get my kids. It's so scary and I was helpless," the mom said.

The family called police and filed a report. They also reported the incident to DoorDash.

A spokesperson from DoorDash released a statement:

"We take the safety of our community extremely seriously and do not tolerate any form of harassment or inappropriate behavior. Since learning of this incident, we have taken action, including permanently deactivating the Dasher from our platform for failing to follow our code of conduct, and we are working with the customer to rectify the situation. We have also reached out to local law enforcement to cooperate in any ongoing investigation."