New details are emerging about the dramatic rescue of two people after their small plane crashed into the ocean off the Half Moon Bay coast on Tuesday.

HALF MOON BAY, Calif. - New details are emerging about the dramatic rescue of two people after their small plane crashed into the ocean off the Half Moon Bay coast on Tuesday. Now many wonder if the pilot of the plane stalled his aircraft as a stunt.

The pilot involved, 34-year-old David Lesh of Denver, has a history of reckless behavior. But staging a mayday is illegal. 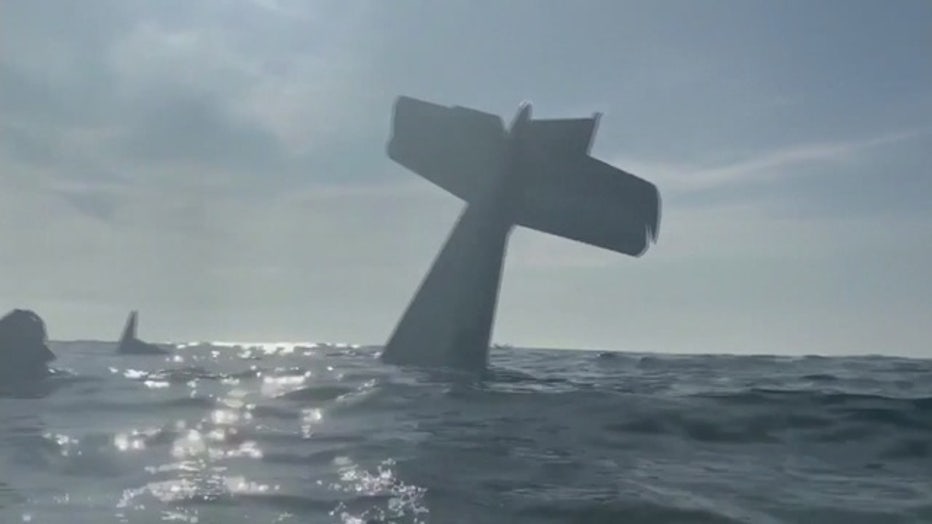 When the single-engine aircraft crashed into the water, a U.S. Coast Guard helicopter, already on a rescue-training mission, rescued Lesh and his female acquaintance.

Lesh calmly described what sounded like a harrowing ordeal. Not only did he crash his plane, he said they were swarmed by jellyfish, which stung them in the water. The pilot also said that he saw whales breaching and even managed to film much of the rescue, including vantage points from when he was still in the ocean.

The plane crash is being investigated by the Federal Aviation Administration and the National Transportation Safety Board, but at the same time, details of Lesh's past are emerging.

He's known among the ski community in Colorado for having a high profile.

This past year on April Fool's Day, he posted on Facebook that he'd been kidnapped by a Mexican drug cartel. His behavior strayed from harmless prank to criminal behavior dating back more than a decade.

Lesh's outerwear company, Virtika, produced a video in 2014 where police in Boulder, Colorado arrested Lesh for arson because he burned shopping carts while producing the video. He pled guilty to criminal mischief.

Also in 2014, the Colorado Division of Wildlife wrote Lesh a ticket for harassment of wildlife, after receiving reports he was chasing a moose with his car and on foot while trying to take a video.

And in 2004, Lesh was arrested and sentenced to probation for attempting to elude police in Oregon.

KTVU caught up with Lesh again on Wednesday before he left the Bay Area. He said his daredevil reputation is likely deserved. He said he was worn out from "all the interviews" but appeared to be fine otherwise, considering his recent ordeal.

When asked if he was worried about dying, Lesh said, "I was worried at some point I would maybe freeze and die, and I was shaking pretty bad from hypothermia." 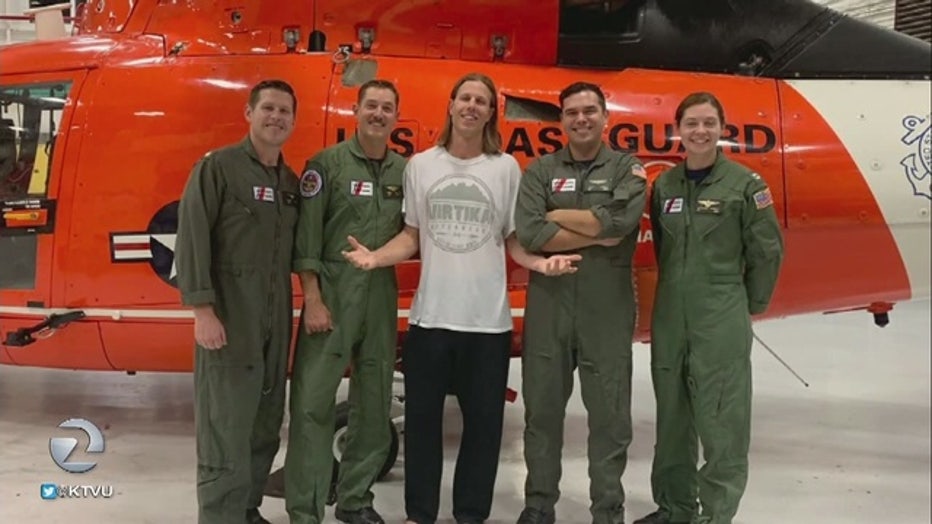 He and his companion were in the water for about 45 minutes. He didn't expect to be out there as long as he was, and said he was surprised the Coast Guard took as long as they did. Lesh said the training mission the Coast Guard was on factored into their timing since they were already out above the water, they had to go back to land to drop people off and make room for them.

"There's a certain amount of calmness that comes over you when you're in a surreal experience. It's definitely euphoric. You're just out there floating around in the middle of the ocean." He said taking video was instinctive and helped him take his mind off the situation he was actually in.

"I think if you look at the facts of it, you'll pretty quickly realize that it's not a stunt," Lesh said to those who have raised suspicions about this particular incident. He disclosed he's also had a perfectly good airplane for the last nine years that he's selling that is "much better suited for destroying into the ocean."

As far as his stunning in-the-moment video that has a lot of people talking, Lesh defended his videography skills: "I shoot all the videos for my company. I've been shooting photos and video for 15, 20 years."

Mid-interview he took time to plug his photography website. Lesh said he plans to go back to Colorado and will search for a new airplane.

He said he does not have insurance on the Beechcraft plane that crashed, but that it is under-insured, so he will likely lose money because of the crash.