NAGS HEAD, N.C. - Thirty years after the remains of an infant were found in the trash on North Carolina’s Outer Banks, authorities said they have arrested and charged a couple in the baby’s death after using DNA evidence.

Scott Gordon Poole, 54, and his wife, Robin Lynn Byrum, 51, were arrested on Oct. 21 by the Alexander County Sheriff’s Office, police said in a news release. Both were charged with concealing the birth of a child and each was being held at the Dare County Detention Center on a $250,000 bond.

On April 4, 1991, police in the beach town of Nags Head found the infant remains in a trash can rack. Authorities at the time were not able to identify the baby's gender due to decomposition, police said.

A medical examiner later determined the child died of blunt force trauma and asphyxiation, according to authorities.

Over the years, investigators "examined and re-examined evidence in the case, working to find who was responsible," the Nags Head Police Department said.

In 2019, officers sent one of the infant’s rib bones to a private lab in Texas for forensic analysis. The lab recovered human DNA from the bone and conducted a genealogical profile, which led to Poole and Bynum — a married couple living in the small town of Taylorsville, police said.

Poole and Bynum, identified as the infant’s parents, were later arrested. 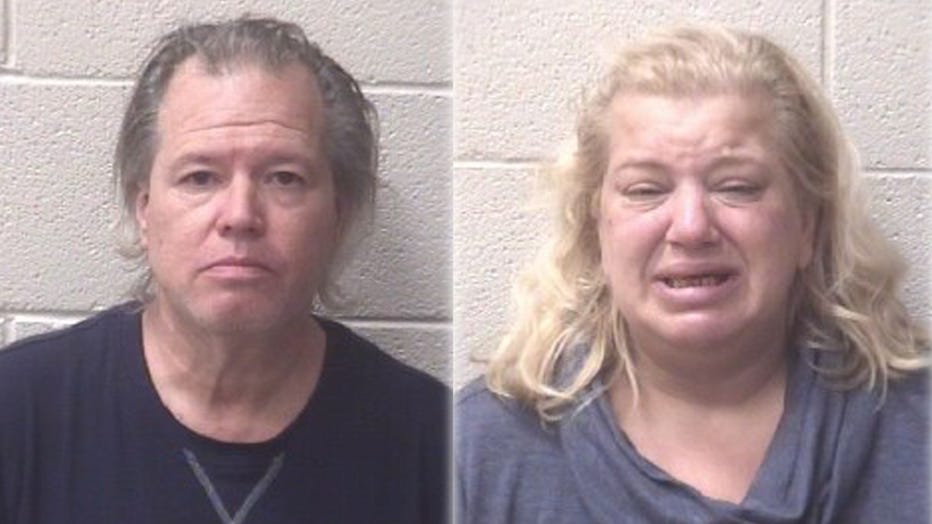 The sheriff’s office said in its own statement that investigators believe Byrum was living on the Outer Banks during the time the deceased infant was found.

"The tragedy of this child’s death and the manner in which his body was disposed of is compounded by the fact that, until now, no one has been found responsible for this incredibly heartbreaking act," Nags Head Police Chief Phil Webster said in a statement.

"But, through the hard work of Nags Head Police investigators and our law enforcement partners in the case, those who did this will be held accountable for a death that has remained unsolved for three decades," Webster added.