A driver who was ejected from their vehicle during a crash on Route 38 in Maple Shade, New Jersey managed to walk away with only minor injuries.

MAPLE SHADE, N.J. - The driver of a car that slammed into a utility pole and split in half is lucky to be alive after police say he was thrown from the vehicle and walked away with only minor injuries.

Officers from the Maple Shade Police Department were called to the intersection of Route 38 East and Lenola Road around 12:30 a.m. for reports of a single-car crash.

Police say the driver was found standing near a mangled vehicle that had crashed into a utility pole. Investigators have not said what caused the crash but they believe speed was a factor. 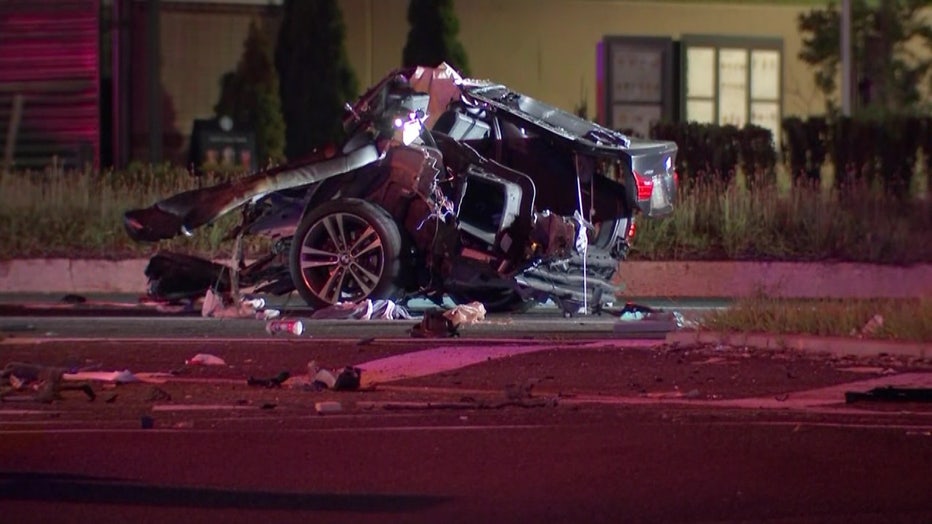 Police say a driver slammed into a pole and was thrown from a vehicle on Route 38 in Maple Shade.

FOX 29's Bill Anderson was told by police that the driver was launched from the car during the crash, but only sustained minor injuries. The driver was taken to Cooper Hospital for treatment.

The eastbound side of Route 38 near Lenola Road remains as utility crews work to repair downed powerlines, according to police. Traffic is currently being diverted onto Route 73.