OVERBROOK - Authorities are searching for a driver after a pursuit that stretched from Upper Darby to Philadelphia ended in a violent crash that left a wake of destruction. 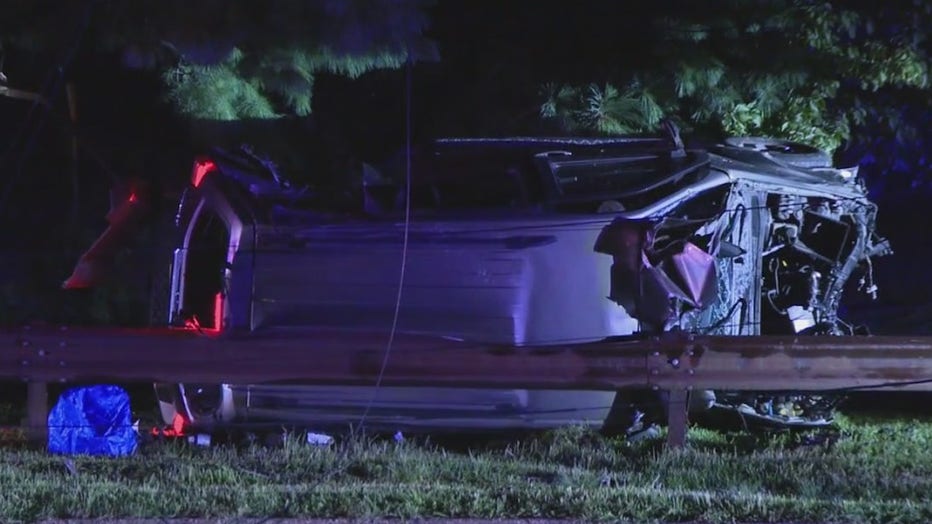 The chase came to an end near the intersection Lansdowne Avenue and Haverford Avenue when the driver of the SUV slammed through a guardrail, snapped a utility pole, and struck a tree.

Keeley reports the driver was thrown from the mangled vehicle and fled the scene. Police reportedly combed the woods surrounding the crash site searching for the driver and have alerted hospitals about the incident.

Meanwhile, the crumpled Nissan Pathfinder was pulled from the side of the road and hauled away. The stretch of Lansdowne Avenue near the crash site has been temporarily closed as authorities continue to investigate and city crews work to restore power and clean up.