DUNCANVILLE, Texas - A police officer in the Dallas suburb of Duncanville was honored for saving a child locked inside a hot car.

Body camera video from August shows him on the scene after someone called 911 to report seeing the baby alone in a car.

Officer Pinilla broke into the car and pulled the crying baby out. He put the infant in his squad car to cool off until an ambulance arrived.

The baby was sweating and covered in vomit, police said. 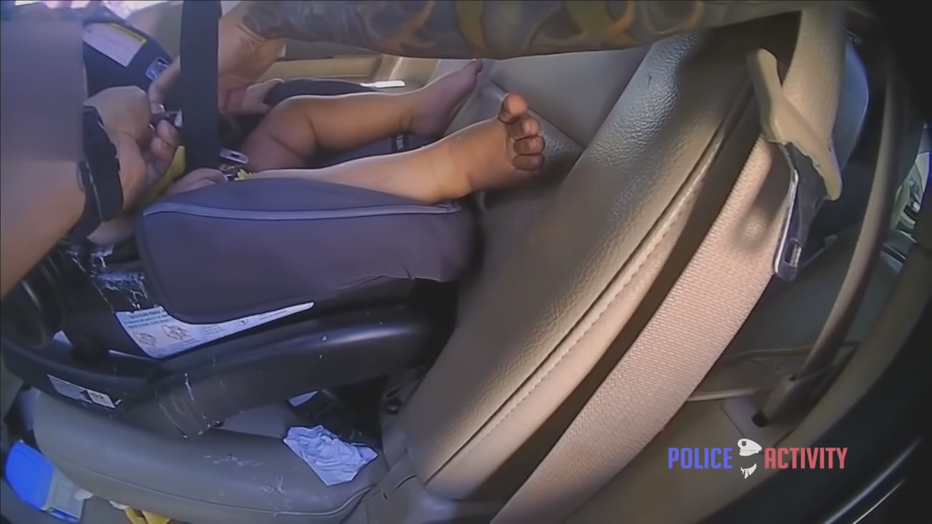 “The Duncanville Police Department is thankful this incident did not result in a more tragic outcome as so many unfortunate incidents of children being left in hot vehicles do.  Due to an alert and concerned citizen calling, and due to the definitive, quick actions of the Officer, both of whom will undoubtedly be regarded as heroes by the rescued infant for the rest of its life, a tragedy was averted,” the Duncanville Police Department said in a release.

Police said there was a miscommunication between the baby’s mother, grandmother and two older siblings about who was supposed to be taking care of the nearly 1-year-old.

The case was forwarded to Child Protective Services and a Dallas County grand jury.