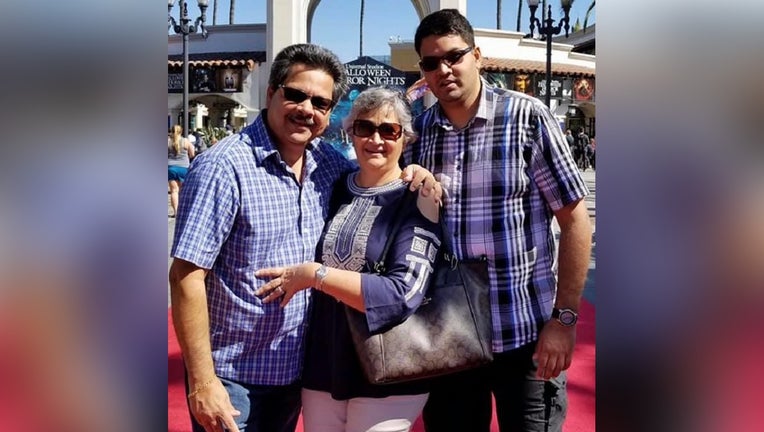 Corona, Calif. - Family members of a man who was shot and killed by an off-duty Los Angeles Police Department officer inside a Costco in Corona, said he was nonverbal and couldn't have started the argument that allegedly led to the shooting.

Two police departments were investigating the shooting, where an off-duty LAPD officer said he was shopping with his family when he was allegedly attacked by the stranger as he held his young child.

The assailant was identified as 32-year-old Kenneth French of Riverside, the Corona officer said. His parents were also critically wounded in the shooting, police said.

"Investigation has confirmed an off-duty Los Angeles Police Department Officer was shopping at Costco with his family. Without provocation, a male unknown to the officer's family assaulted the officer while the officer was holding his young child," Kouroubacalis said.

"This attack resulted in the officer firing his weapon, striking the male and two of the male's family members. The family members are being treated at local hospitals and are in critical condition,'' he said. "The off-duty officer was transported to a local hospital, where he was treated and released," Kourobacalis continued.

The child was not injured.

French was described by his cousin, Rick Shureih, as a "gentle giant'' with a mental disability who rarely spoke.

"He [had] to be pretty much monitored,'' Shureih told the Riverside Press-Enterprise. "He's not the kind to trade words, so I don't believe that a verbal confrontation happened.''

Shureih posted on Facebook a picture of French's parents, Russell and Peola French, and wrote:

"I'm not keeping quiet about this! People need to know! This is my family! These are the victims of the Costco shooting the other night. My cousin Kenneth was killed and his parents, my aunt & uncle were also both shot and are in ICU. Do they look intimidating to you? Did he really have to shoot them all? I'm posting this picture because the stories on social media have made them out to be the suspects, and the off-duty cop the victim. This is a family that was unarmed and was just grocery shopping. Truth will come out! I'm sure this was a misunderstanding that got escalated for no reason! If anyone was a witness please get in contact with us."

Shureih said the family is working on hiring a lawyer and is seeking the name of the off-duty officer, as well as surveillance video and witness accounts to try to understand what happened.

"The officer's gun was the only weapon involved in the incident, contrary to earlier reports,'' Kouroubacalis said. "As is standard procedure in such investigations, the Corona Police Department is working closely with the Riverside County District Attorney's Office, who will be evaluating the facts and circumstances of this incident."

"We have initiated an administrative investigation, to where we're working with the Corona Police Department," police said.

When officers responded to a shots-fired call at the store, located at 480 N. McKinley St., they anticipated an active-shooter situation, according to Lt. Jeff Edwards of the Corona Police Department.

"They [officers] went inside and encountered four subjects down," Edwards said.

Witnesses allegedly told police there was an argument between a man with a Mohawk haircut and another man in the freezer section of the store before at least six shots were fired.

The investigation into the shooting is ongoing.