The family of an 18-year-old shot and killed outside a store in West Oak Lane is looking for answers nearly four months after it happened.

PHILADELPHIA - The family of an 18-year-old shot and killed outside a store in West Oak Lane is looking for answers nearly four months after it happened.

Danesha Perry, the mother of Jabree Oliphant, a young man who was shot and killed in February, an their family are offering a $20,000 reward for information that will solve his murder.

Months later, Perry has uncontrollable tears over her son’s death.

"I feel broken. I won’t say helpless because I have family. But I don’t have him," she said. "I can’t find the words to explain."

Oliphant was a student at Imhotep Charter School. He played football and trained in boxing and karate. His grandmother, Yolanda, says he loved music as a kid and had dreams of being a rapper.

He was described as respectful by Perry, which made it hard for her to believe someone had done this to him. 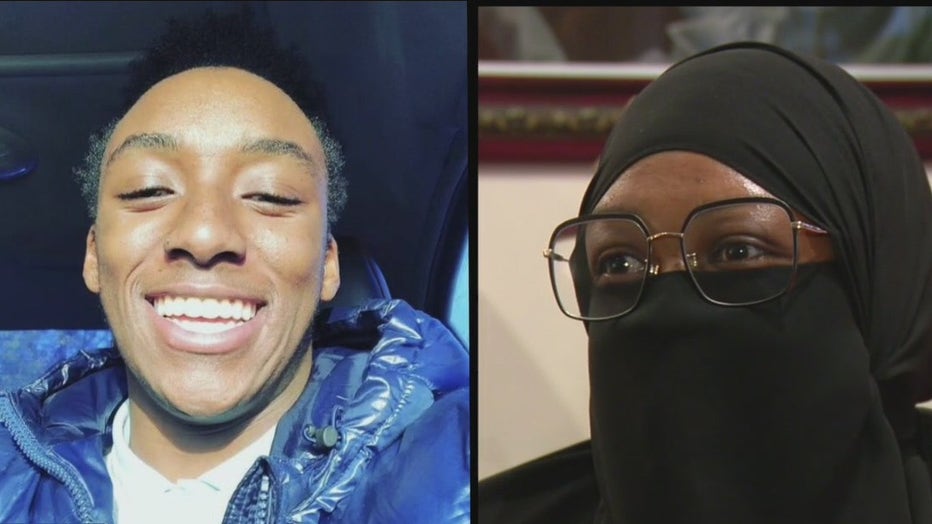 "Never. Because of the way I cared for him and I sheltered him and the relationships we had with each other," she said.

On Feb. 4, the day of Oliphant’s death, Perry says he came home about an hour earlier from his job at Target to their home in West Oak Lane. She says shortly after, he left to go to the corner store on the 1800 block of North 72nd Street. Minutes after, just before 9:30 p.m., she heard gunshots.

"I immediately picked up my phone and was calling his cellphone and he wasn’t answering."

When Perry went to the corner, she found her son shot.

"When I got close enough to see, his phone was still ringing," she said.

The family does not know who killed Oliphant or the motive behind their actions.

"Not to say he was a perfect kid because he was 18 but for the most part he did the right things. We continue to talk about the senseless gun violence and there’s no action. Nothing has happened," said Yolanda.

Another young man who was with Oliphant was also shot but survived. FOX 29 has contacted Police and is awaiting a response.