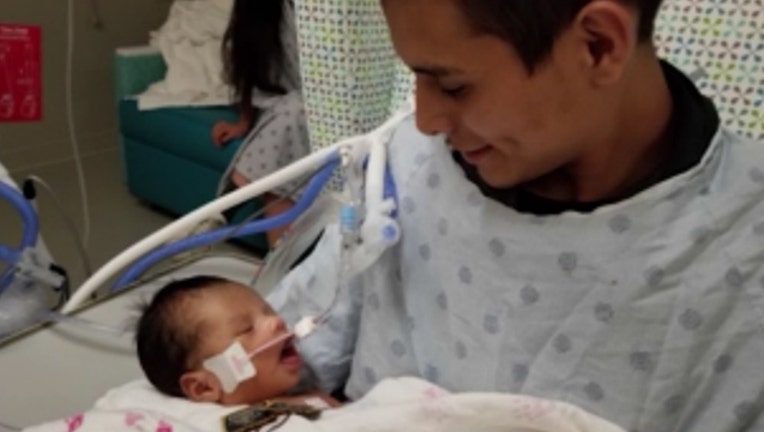 Yovani Lopez holds his son in the hospital in this photo released by family members.

CHICAGO - A baby cut from his mother's womb in Chicago is slowly improving in the hospital.

Yovani Lopez's family spoke Friday to say the little boy has breathed on his own, and that it is the first time he has breathed without the help of a machine. 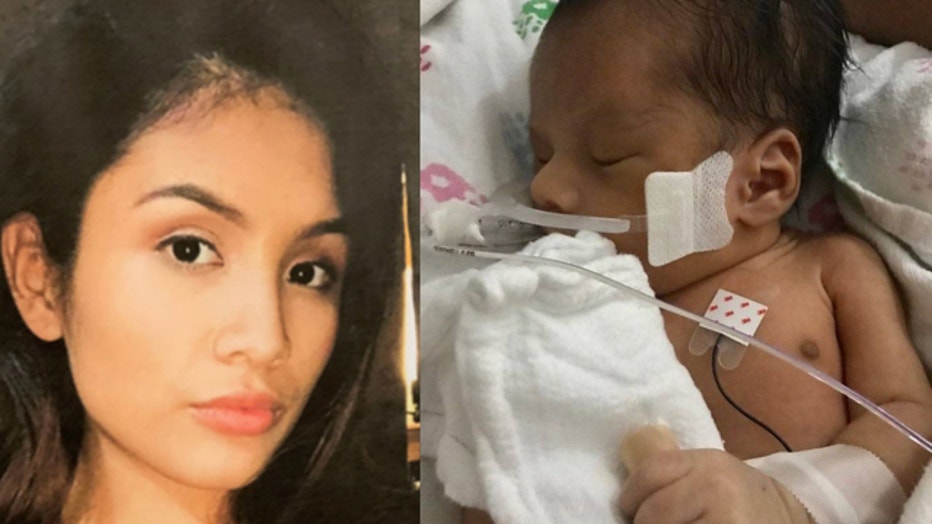 Police say Marlen Ochoa-Lopez was lured to a Chicago home and strangled before her baby was cut from her womb.

Yovani's mother, Marlen Ochoa-Lopez, was brutally murdered in April when she was lured to a home on the Southwest Side and strangled with a coaxial cable. Police arrested three people who they say killed Ochoa-Lopez to steal her baby.

The family's lawyer say although they're thrilled about the news of Yovani having breathed on his own, they still have concerns about why the one of the women who was arrested for the murder of Ochoa-Lopez was able to pretend the baby was hers for so long. 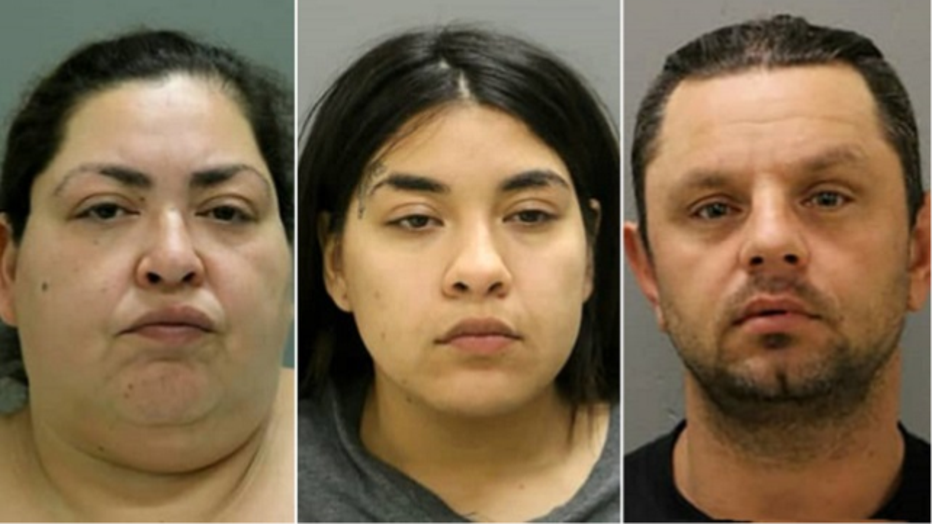