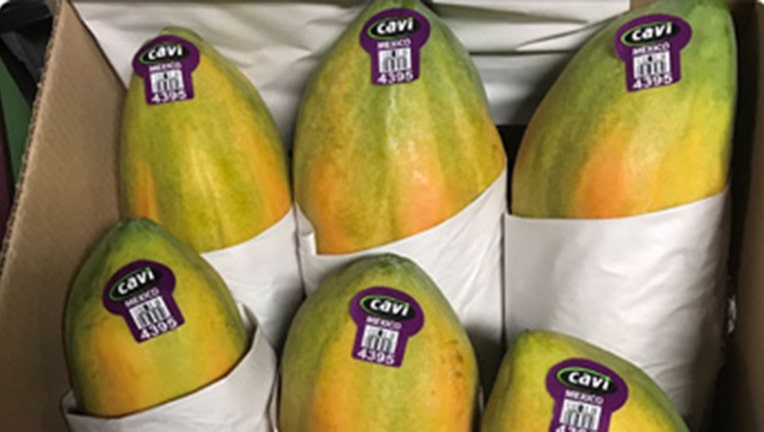 NEW YORK - Health officials investigating an outbreak of salmonella illnesses in several states have identified the brand that is the likely source of the bacteria. However, the distributor of the brand—Cavi—is not recalling the fruit so the FDA is warning consumers.

The FDA asked Agroson's LLC, the exclusive distributor of Cavi papayas, to voluntarily recall its product but the company "refused to initiate a recall," the agency said.

The FDA said it has contacted wholesale buyers to make sure Cavi papayas are no longer sold, further processed, or frozen.

"FDA is doing this to protect consumers as it pursues additional protective and regulatory actions," the agency said in a statement.

"Consumers in all states should not eat any Cavi brand whole, fresh papayas and should throw them away," the FDA said. "If consumers are unable to determine the brand of papayas, the product should be thrown away."

The FDA and CDC are tracking 71 illnesses in eight states, including New York, New Jersey, and Connecticut.

Salmonella infection can cause diarrhea, abdominal cramps, and fever within 12 to 72 hours after eating the contaminated product, according to health experts.

Salmonella-linked illnesses sicken more than a million and kill about 450 people in the United States every year, according to the CDC.