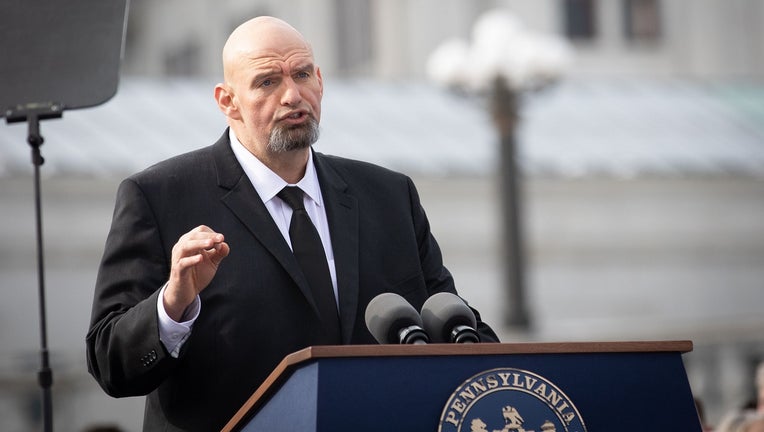 Fetterman said Friday that he is exploring a run for U.S. Senate. Previously, Fetterman had said that he was looking at running for either governor or U.S. Senate in 2022.

But Fetterman, 51, told The Associated Press that he is no longer interested in running for governor, an office that his fellow Democrat, Attorney General Josh Shapiro, is widely expected to seek. Instead, Fetterman has begun asking for donations to a campaign account he set for a U.S. Senate run and said he will have a final decision in the coming weeks.

Pennsylvania's U.S. Senate seat could be one of the nation's most hotly contested in 2022, and a chance for Democrats to pick up a seat. In 2016, Pennsylvania's race shattered the then-record for the most expensive U.S. Senate campaign, at about $180 million.

The governor's office and a U.S. Senate seat are both opening in 2023 in Pennsylvania. Gov. Tom Wolf, a Democrat, is term-limited and U.S. Sen. Pat Toomey, a Republican, has said he won't run again. The Republican field for both offices is wide open at this point.

Fetterman, the former mayor of tiny, impoverished Braddock, near Pittsburgh, came in third in 2016′s Democratic primary for U.S. Senate before running successfully for lieutenant governor in 2018.

As lieutenant governor, Fetterman has forged a symbiotic relationship with Wolf.

He has supported the governor’s platforms while taking a special interest in his own campaign to legalize marijuana for recreational use, undo unduly punitive prison sentences and laws that unfairly targeted racial minorities and outlaw discrimination against gay, lesbian and transgender people.

Fetterman is unconventional as a politician.

The 6-foot-8, bald and tattooed Fetterman typically sports a goatee and lives in a restored car dealership in Braddock with his wife, Gisele Barreto Fetterman, and three young children. There is also his choice of dress: He prefers short-sleeve work shirts, cargo shorts and high-top shoes.

He is tattooed with Braddock's zip code — 15104 — on one forearm and, while he was mayor, the date of every slaying in the town as he worked to prevent crime in the town.

For months around the Nov. 3 election, he has been a regular face for Democrats on cable news shows and the campaign trail. On Twitter, he is plainspoken and ever-present, accusing Trump-supporting Republicans of "simping" for President Donald Trump’s approval and lying about the validity of Pennsylvania’s presidential election.

In recent days, he crossed swords on the floor of the state Senate with the chamber's Republican majority and, last year, drew the ire of Republican lawmakers for hanging flags supporting pro-marijuana legalization and LGBTQ- and transgender-rights flags from his second-floor outdoor balcony that overlooks the state Capitol's broad front steps.

Even before announcing his first run for Senate in 2015, the Harvard University-educated Fetterman was a media darling, garnering profiles in national publications and appearing on some of TV's most-watched nightly talk shows.

He had gained national attention for his unconventional efforts to reinvigorate Braddock, from starting youth programs to attracting artists, farm projects and edgy new businesses to buildings and lots left vacant by the collapse of the steel industry.