FOX 29's Bruce Gordon has the latest on a 3-alarm fire at a West Philadelphia auto body shop.

WEST PHILADELPHIA - Firefighters have placed a large fire at a West Philadelphia auto body shop under control, hours after if prompted a nearby school to evacuate and dismiss students early. 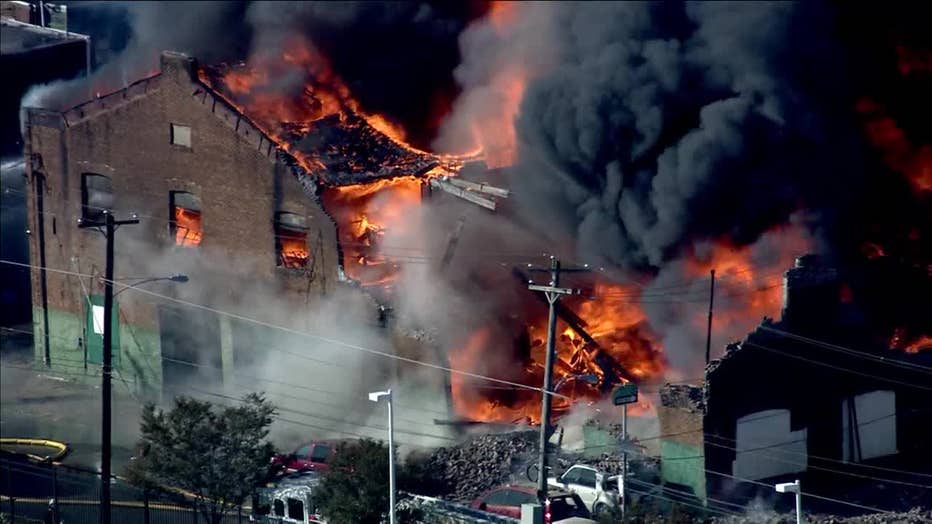 SKYFOX was over the scene as thick black smoke flew from the building and walls collapsed.

There are no reports of any injuries and Philadelphia Fire Commissioner Adam Thiel says he doesn't believe anyone remains inside.

However, he says the fire has been dangerous to fight because of the amount of fuel inside.

Thiel says the fire has not spread to any nearby homes in the densely populated neighborhood.

FOX 29's Bruce Gordon reports L&I cited the auto body business earlier this month for the use of portable heaters and failure to obtain an annual fire extinguisher check.