A firefighter has been hurt as crews battle a three-alarm fire at a school in Allentown Wednesday morning.

ALLENTOWN, Pa. - A firefighter has been hurt as crews continue to battle a three-alarm fire at a school in Allentown Wednesday morning.

The blaze reportedly broke out at the Sacred Heart School on the 300 block of North 4th Street sometime before 3:30 a.m.

Officials say the firefighter was injured after a mayday call for a partial roof collapse. He was reportedly evaluated by medics on scene and is expected to recover. 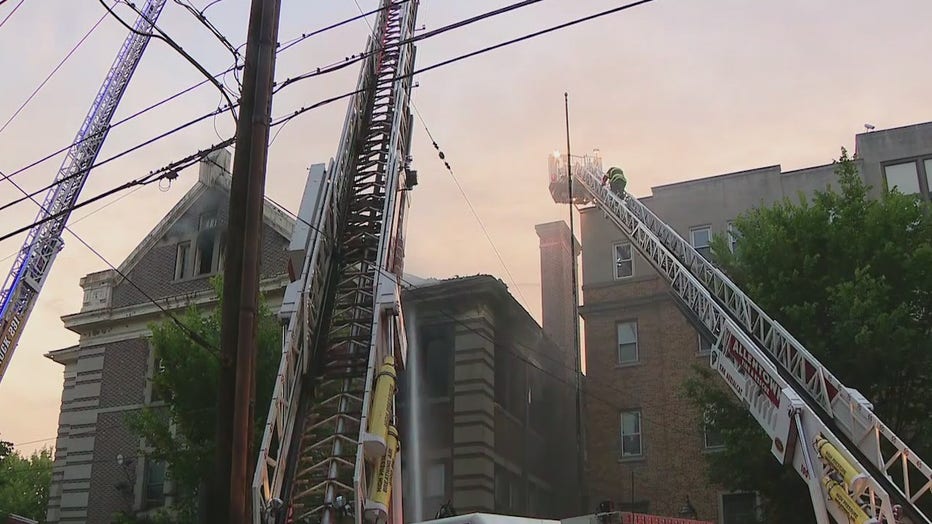 According to officials, the fire broke out on an upper floor and spread to an attic space. Due to narrow streets surrounding the school, crews used the roof an adjacent building to battle the fire.