LOS ANGELES - Firefighters are battling a well-developed blaze at a high-rise apartment building in the Sawtelle neighborhood of West Los Angeles. 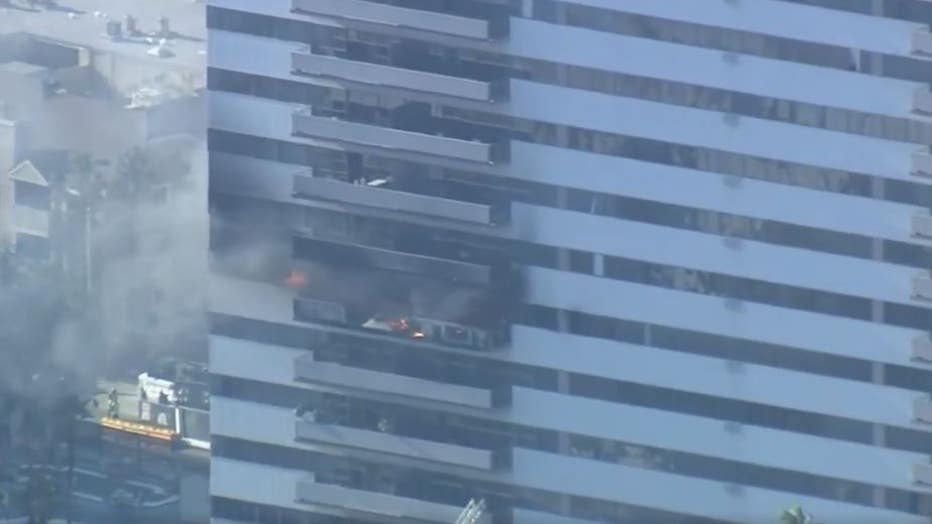 The Barrington Plaza Apartments are located in the 11700 block of Wilshire Boulevard, located near the intersection of Barrington Avenue.

The fire ignited on the sixth floor and at least five people were injured, the Los Angeles Fire Department said.

Flames were seen shooting out the building as firefighters worked to rescue people from the high-rise fire.

Firefighters were seen escorting evacuees to the building's rooftop.

This is a breaking news story. Check back for updates.