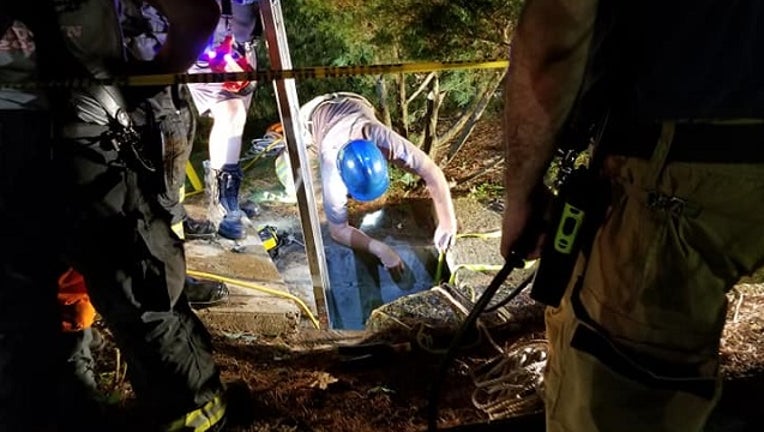 THORNWOOD, N.Y. - Volunteer firefighters in suburban New York have rescued a dog who was 13 feet inside a drain pipe.

The Journal News reports that it took three and a half hours for members of the Thornwood Fire Department to rescue a dog named Rex from a storm-drain pipe early Friday.

Fire Chief Frank Kolodzinski says one or two of the department's skinnier firefighters tried to get close to Rex but space inside the 19-inch pipe was too tight. 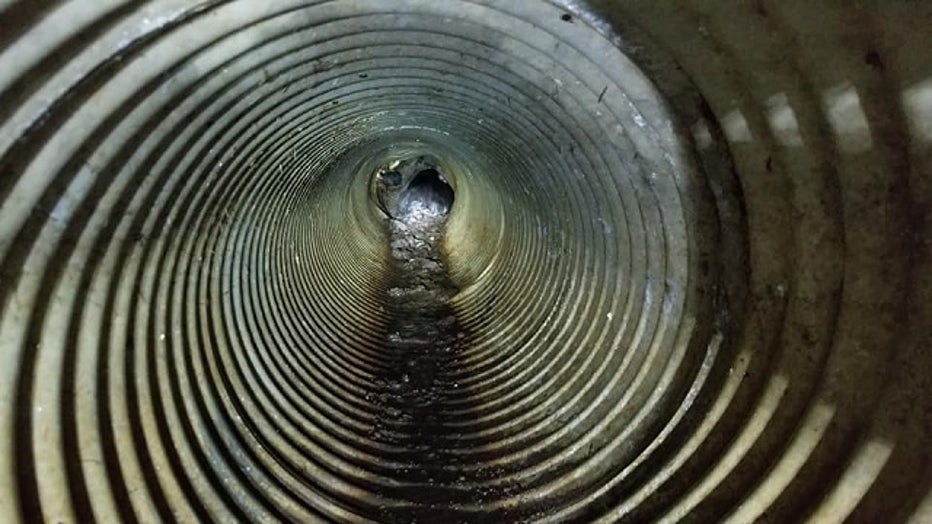 Kolodzinski says firefighters devised "a contraption" to coax the dog up to where they could lift him out.

Kolodzinski says the dog was reunited with his owners and appears to be in good shape.