LOS ANGELES - A conservation organization in San Diego says it has achieved the first successful artificial insemination birth of a southern white rhino in North America, an important step in saving another rhino species from extinction. 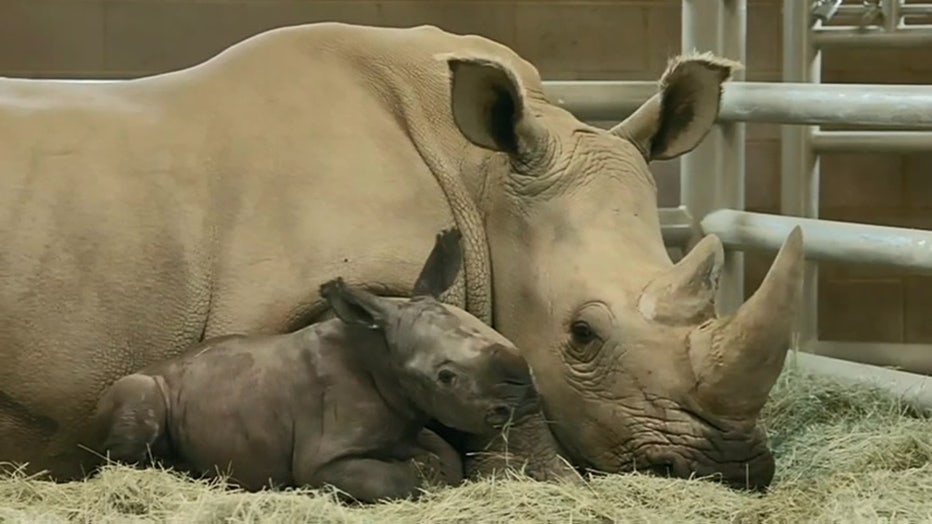 Victoria was artificially inseminated with frozen semen from southern white rhino Maoto in March 2018 following hormone-induced ovulation. Victoria carried her calf for over a year - 493 days. Mother and calf will remain off exhibit to the public to allow them time to bond for now. 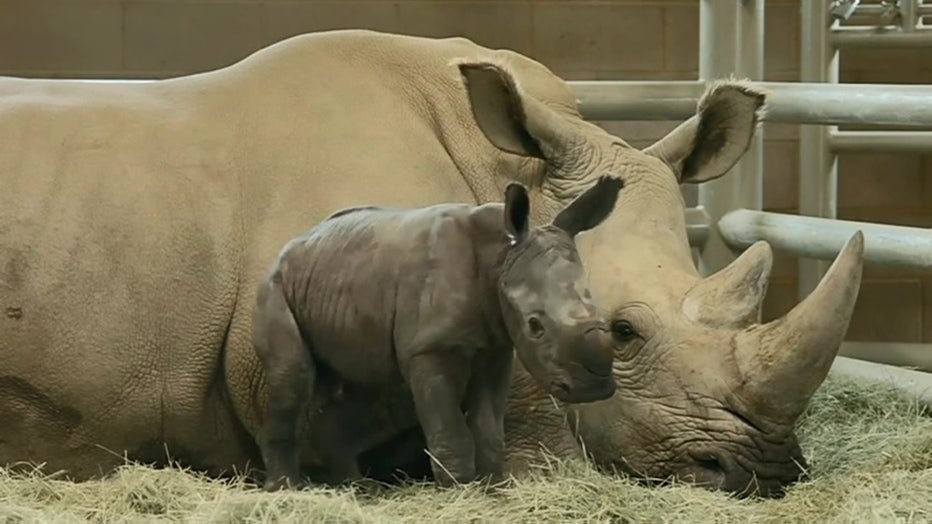 The calf will eventually be introduced to the other five female rhinos at the Nikita Kahn Rhino Rescue Center - including Amani, another rhino pregnant through artificial insemination due to give birth in September or October.

"Not only are we thankful for a healthy calf, but this birth is significant, as it also represents a critical step in our effort to save the northern white rhino from the brink of extinction," Durrant said. 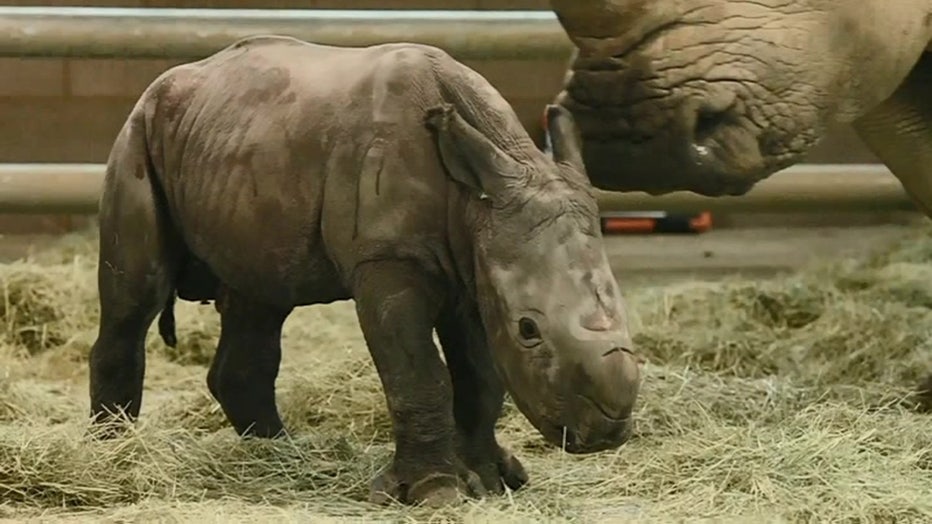 In May, scientists at the Polish zoo Chorzow successfully completed a procedure where they transferred a northern rhino test tube embryo back into a female southern white rhino whose eggs were fertilized in vitro. However, the embryo transferred at Chorzow zoo is smaller than expected. It remains to be seen whether it will implant in the mother's uterine lining and result in a pregnancy.

"There are a lot of technical problems that will be solved, but it will take time," Cesare Galli, whose company specializes in artificial reproduction of horses, told The Associated Press in June . 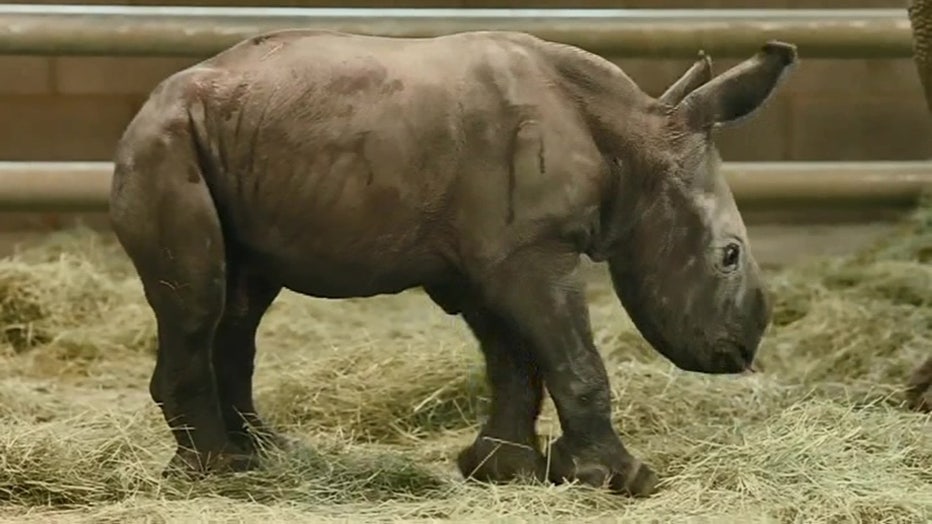 The last male northern white rhino, named Sudan, died in March 2018. Scientists had preserved frozen sperm samples from several males they are hoping to use to revive the species.

Rhinos have long been from poached because of their horns, and several sub-species are at risk of extinction. Southern rhinos are classified as near threatened on the International Union for Conservation of Nature Red List of Threatened Species.

Conservationists say rhinos are important for the survival of many other species because of the role they play in landscaping their native habitat.