WASHINGTON (FOX 5 DC) - A clinical trial evaluating a vaccine designed to protect against the new coronavirus will begin Monday, according to a government official. 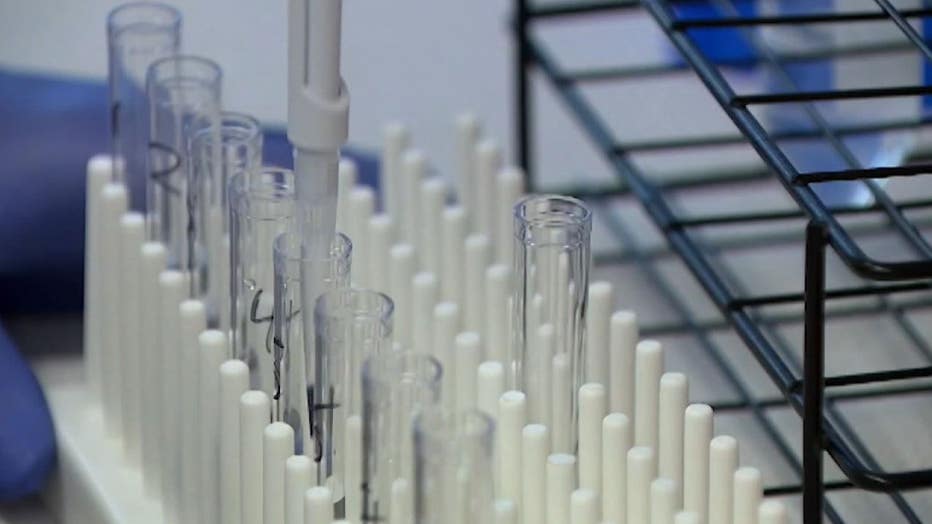 The first participant in the trial will receive the experimental vaccine on Monday, the official said, speaking on the condition of anonymity because the trial has not been publicly announced yet. The National Institutes of Health is funding the trial, which is taking place at the Kaiser Permanente Washington Health Research Institute in Seattle, the official said.

RELATED: How to spot the difference between the flu and coronavirus

Public health officials say it will take a year to 18 months to fully validate any potential vaccine.

Testing will begin with 45 young, healthy volunteers with different doses of shots co-developed by NIH and Moderna Inc. There’s no chance participants could get infected from the shots, because they don’t contain the virus itself. The goal is purely to check that the vaccines show no worrisome side effects, setting the stage for larger tests.

Dozens of research groups around the world are racing to create a vaccine as COVID-19 cases continue to grow. Importantly, they’re pursuing different types of vaccines — shots developed from new technologies that not only are faster to produce than traditional inoculations but might prove more potent. Some researchers even aim for temporary vaccines, such as shots that might guard people’s health a month or two at a time while longer-lasting protection is developed.

For most people, the new coronavirus causes only mild or moderate symptoms, such as fever and cough. For some, especially older adults and people with existing health problems, it can cause more severe illness, including pneumonia. The worldwide outbreak has sickened more than 156,000 people and left more than 5,800 dead. The death toll in the United States is more than 50, while infections neared 3,000 across 49 states and the District of Columbia.

The vast majority of people recover. According to the World Health Organization, people with mild illness recover in about two weeks, while those with more severe illness may take three weeks to six weeks to recover.

Its true fatality rate isn’t yet known, but it seems 10 times higher than the flu, which kills hundreds of thousands around the world each year, the United States’ top infectious disease expert told lawmakers last week.