FOX NEWS - One Air Wisconsin flight attendant is allegedly out of a job after being intoxicated while recently on duty in the high skies, reportedly slurring the safety announcement, dropping things, stumbling around and ultimately falling asleep in the jump seat.

Charging documents detail that the woman’s erratic behavior made some passengers feel “scared for their lives” during the flight from Chicago to South Bend, Ind. 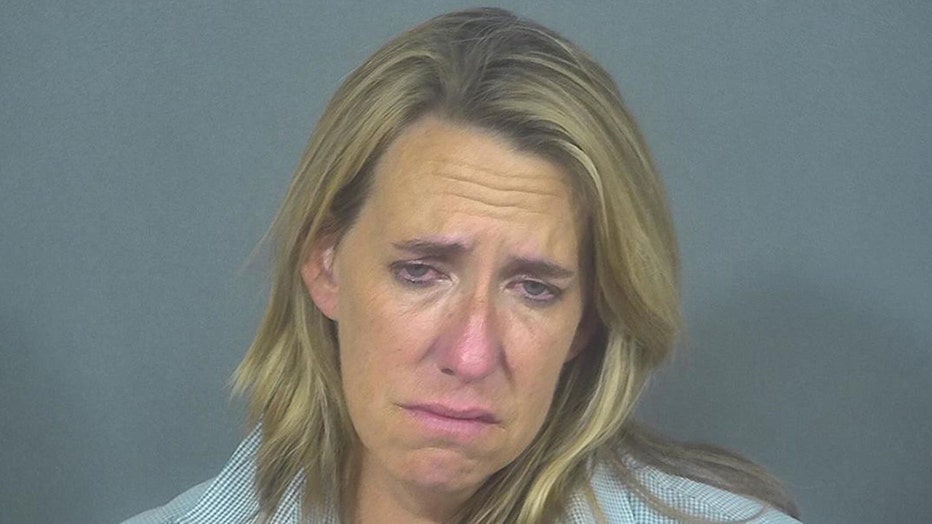 Now, the woman can face up to six months in jail.

The trip reportedly began on a rough note, with March slurring the security announcement, stumbling around the cabin, and ultimately falling asleep in the jump seat soon after takeoff. At one point, passengers even secured her seat belt for her, the Tribune reports. 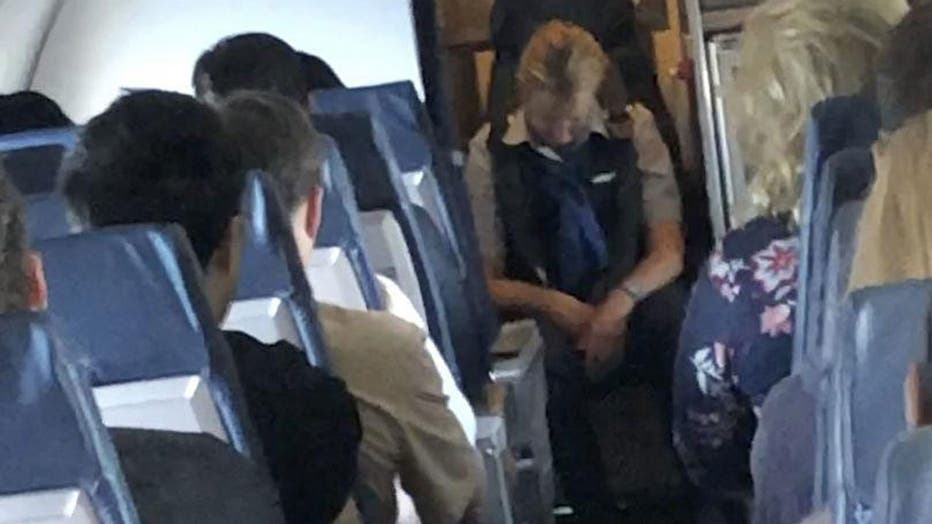 Feeling frustrated, passenger Aaron Scherb took to Twitter to call out the carrier for their employee’s dangerous behavior.

“Our flight attendant appears to be quite drunk,” he wrote online. “She is slurring her speech (she couldn’t make it through the security announcement), couldn’t walk straight/was bumping into everyone in the aisle, and kept dropping things.”

“All the passengers seem to recognize it too,” Scherb continued. “This is appalling.”

The passenger later told WISN-TV that March was specifically “stumbling and staggering back and forth and bumping into passengers as she was kind of zigzagging across the aisle.”

The plane went on to land in Chicago without issue, according to the Belleville News Democrat, with police and United employees boarding the aircraft to meet the flight attendant soon after.

Asked by authorities where she thought she was, March replied “Chicago,” prosecutors reported.

“A few passengers reported they felt scared for their lives based upon the apparent condition of Ms. March,” charging documents detailed, as per the Tribune.

Later evaluated in a private airport office, the 49-year-old Wisconsin woman was found to have bloodshot eyes and the smell of alcohol on her breath.

March eventually told an officer during her transport to St. Joseph County Jail that she had two vodka “shooters” before working the flight, with a breathalyzer test revealing her to have a blood alcohol content of 0.20%, according to the documents, Tribune reports.

The woman was released on Aug. 3 and was charged a few days later with misdemeanor public intoxication. An initial hearing is set for Aug. 29, with the sentencing range for the charge up to six months.

Though reps for United Airlines did not immediately return Fox News’ request for comment, a spokesperson for Air Wisconsin told the News Democrat that March is no longer employed with the carrier.

“We will continue to cooperate with local authorities and assist them as necessary,” the Air Wisconsin rep told the outlet.

Sara Nelson, president of the Association of Flight Attendants-CWA, chimed in on the story, WISN-TV reported.

"In the aviation industry, safety comes first, and we always take swift action to correct when there's something that's unsafe," Nelson said.

When contacted for comment, passenger Schreb offered Fox News the following statement on the story:

"I would hope that United Airlines and Air Wisconsin treat this person as an employee, not as an expendable commodity, and that they will help her get treatment for addiction, if that's in fact what she suffers from,” he said via email on Aug. 9.

“Given the significant safety and security roles that flight attendants have, United (and other airlines) should consider adopting zero tolerance policies for flight attendants going forward,” he continued. “While breathalyzers hopefully aren't needed on airplanes, given the recent incidents with alcohol involving pilots and flight attendants, it might be something that airlines have to consider."

Furthermore, Schreb claimed that a rep for United contacted him on Aug. 2 and offered a $500 voucher or 25,000 miles for the trouble, plus a refund for that segment of his trip. Nevertheless, he said he has not accepted the bid.

“Given that the safety and well-being of all 50 passengers on that flight was jeopardized, I find United's response to be insufficient, especially since United had just given a $1200 voucher to a would-be passenger on United flight 4849 as we were about to board because the flight was oversold,” Schreb said.

In similar headlines, an July 31, a Delta Air Lines pilot was arrested at Minneapolis-St. Paul International Airport on suspicion of being intoxicated, reports said.

Just a few days later, a United Airlines pilot was formally charged in a Scottish court with being over the legal alcohol limit before a scheduled flight to New Jersey.