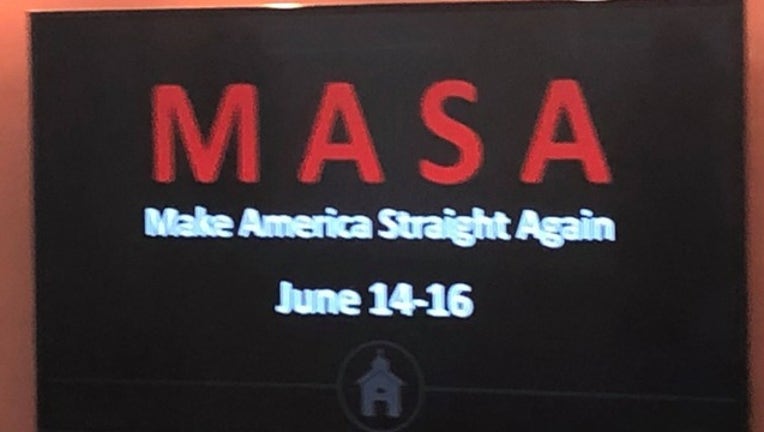 CLERMONT, Fla. - A Lake County Church is at the center of controversy for a conference it is hosting this weekend.

Revival Baptist Church in Clermont is hosting the, “Make America Straight Again” conference between June 14th and 16th at an undisclosed location. The conference has struck a chord with the Greater-Orlando community, as it is being held just a few days after the third anniversary of the Pulse tragedy.

“We want America to put the homosexuals back in the closet,” said Pastor Patrick Boyle, Pastor of Revival Baptist Church.

Pastor Patrick Boyle of Revival Baptist Church expects about 300 people from around the Country to attend the three-day conference.

“It’s a conference geared towards, as a local church standing against the agenda of the LGBTQ community,” said Boyle.

The Church is a vocal advocate for capital punishment for homosexuals. Boyle said he chose the date, not because of the Pulse anniversary but because June is Gay Pride month.

“It’s gay pride month in Orlando and they’re out there advocating their cause. We have every right to advocate ours,” said Boyle.

Protests are already planned. C.K. Blackwood is one of the organizers of the protest and says about 20 to 30 people have committed to a peaceful protest of the event.

The Church has also received threats, so Boyle wanted to hire Lake County deputies. His request was denied by the Sheriff’s Office. The Office released the following statement:

“First, it appears as though the organization disparages homosexuals and will be targeting them during the group’s conference this week.

Furthermore, the fact that the timing of this conference coincides with the three-year anniversary of the Pulse nightclub shooting in nearby Orlando did not go unnoticed by our staff. We felt as though the timing of the conference is in poor taste and we chose not to allow the group to hire our deputies.

We are, however, aware of the potential for protests and are currently discussing the possibility of an increased presence in general for the event in order to ensure everything remains peaceful.”

Boyle was surprised to hear the reason.

“I mean, oh, you don’t believe politically like I do, so I can’t come protect you? All we were asking for is a police presence not an endorsement,” said Boyle.

Boyle has hired private security for the event.