JACKSONVILLE, Fla. - The sky is the limit for a Florida teen with cerebral palsy, who walked across the stage at his graduation ceremony.

Jericho J. Burroughs, a Jacksonville teen with cerebral palsy, graduated from Edward H. White High School on May 30th. Despite his condition, Jericho walked across the stage at his graduation ceremony. 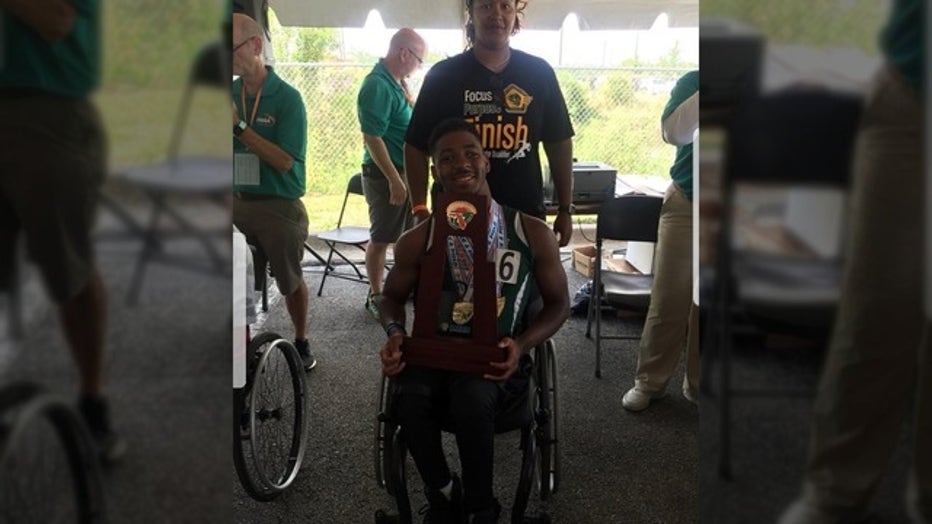 This is just one of many accomplishments for Jericho. After being diagnosed with cerebral palsy as a toddler, doctors said that he would probably never live a normal life or graduate with a regular diploma. He has had 18 major surgeries since birth regarding various health complications. Yet, Jericho has gone on to become an adaptive track and field state champion and has won several awards for his singing. He even was crowned as Prom King at his school.

Jericho's mother, Jennifer D. Long, told Fox 35 that Jerico was very excited about graduating and he looks forward to starting the next chapter in his life for college. He also hopes to record in a professionalstudio one day.

Jennifer also told Fox 35 that she has raised Jericho to be "resilient and never allow anyone or anything to stop or break him. He is very independent and I look forward to what his next adventure holds."