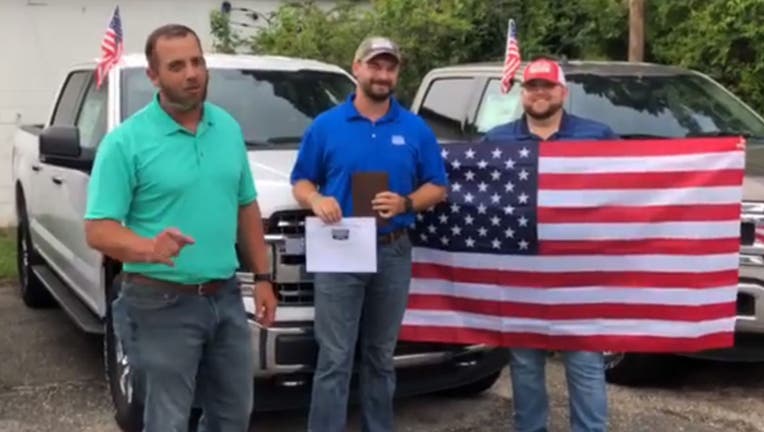 FOX NEWS - An Alabama Ford dealership that went viral this week for a "God, Guns and Freedom" Fourth of July promotion offering a free shotgun, American flag and Bible with every vehicle purchased has ended it at the request of the automaker.

Chatom Ford general manager Colin Ward told The Detroit Free Press than a Ford representative contacted him on Wednesday to ask him to cancel the promotion out of respect to the victims of Tuesday’s shooting at a California Ford dealership that left three dead.

Ward said he was disappointed and that "Ford said we can fulfill our commitments to the customers that we've made up till now, but we have to cease it going forward."

A Ford spokesman confirmed to the newspaper that the company’s regional office that reached out to Ward.

Following the call, Chatom Ford took down the advertisement for the promotion from its Facebook page and replaced it with a new one proclaiming “It’s back on!” This time offering a "God and Glory" deal that includes an American flag, a Bible and a $200 gift certificate “to use wherever you want for whatever you want. It’s your right,” Ward says in the clip.

Ward said the store’s three salesmen were overwhelmed by the response to the original promotion and was getting inquiries from other states.

Get updates on this story at Fox New