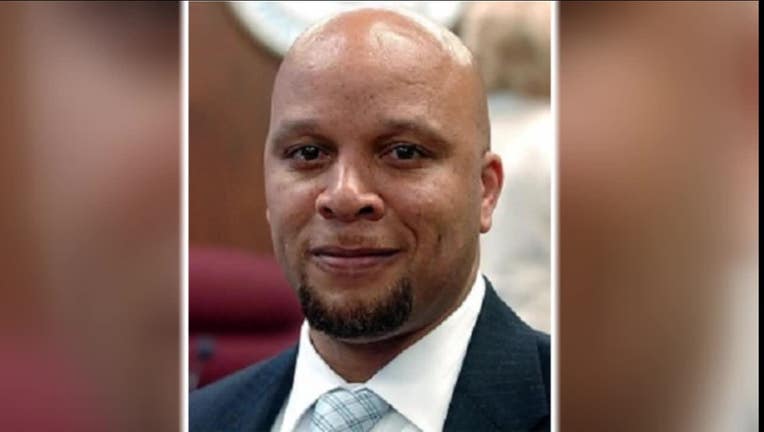 ATLANTIC CITY, N.J. - The former mayor of Atlantic City was sentenced to 30 days in prison and 11 months of house arrest for defrauding contributors to a youth basketball team out of more than $86,000, authorities announced Thursday.

Frank Gilliam, a Democrat, is the latest in a line of corrupt Atlantic City officials so long that it spawned a hit HBO TV series.

He could have been sentenced to nearly two years in federal prison following his October 2019 guilty plea to wire fraud.

"I stand before this court as a fractured human being, one seeking to do better," a sobbing Gilliam told the judge over a video link. "It’s something I wish never happened. But it did. The mistake I made is not something I’m proud of.

Federal prosecutors sought a prison term of 15 to 21 months for Gilliam, who resigned as mayor on the day he pleaded guilty.

He acknowledged stealing the money from a youth basketball program he had set up, using some of the money for personal items including expensive clothing, trips and meals.

Prosecutors said Gilliam solicited donations while a member of the City Council and then as mayor under the false pretense that they were for the youth basketball team or for school supplies for poor children.

U.S. District Court Judge Joseph Rodriguez noted that Gilliam committed a serious crime that needed to be punished. But he also took into effect evidence of Gilliam’s years of work with young people.

"This defendant stole more money than many U.S. residents earn in a year," the judge said. "The defendant also took money from the very underprivileged children in Atlantic City that he tried to encourage and prepare for a better life."

In a letter to the court in December, Gilliam himself asked to be sentenced to probation and 500 hours of community service.

The judge ordered that Gilliam carry out 200 hours of community service within three years.

Assistant U.S. Attorney Sean Farrell objected to the sentence, saying it should have been more lengthy to deter others in a similar situation.

"He defrauded the community, and he did it on the backs of kids," Farrell said.

Gilliam’s lawyer, Harry Rimm, said the former mayor has expressed remorse, is making restitution, and is the primary caregiver for his 4-year-old grandson. The lawyer also noted an early tragedy in Gilliam’s life when his father killed his mother when Gilliam was 3 years old.