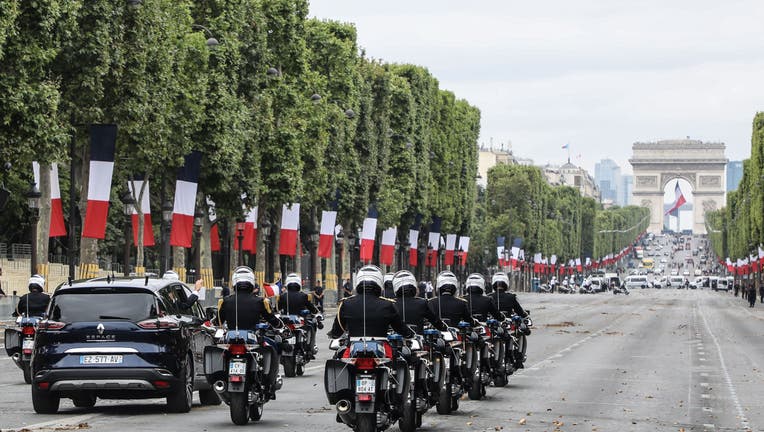 Although the display included over 4,000 armed forces, 69 planes and 39 helicopters, its biggest crowd-pleaser was a man rocketing through the air on a flyboard device — the invention of French former jet-skiing champion Franky Zapata.

At France's 2017 Bastille Day parade, U.S. President Donald Trump, as guest of honor, was so impressed he ordered a military parade in Washington for America's July 4 celebrations.

Macron will later host a lunch at the Elysee Palace with other European leaders, including German Chancellor Angela Merkel.