Man wanted for armed robbery of Fed-Ex driver in custody

Officials announced the arrest of 29-year-old Donte Edwards Thursday. He is facing charges for robbery, carjacking and kidnapping, along with possible additional narcotics charges.

KENSINGTON - U.S. Marshal’s announce the arrest of a wanted fugitive in connection with a FedEx armed robbery that happened in February.

Officials announced the arrest of 29-year-old Donte Edwards Thursday. He is facing charges for robbery, carjacking and kidnapping, along with possible additional narcotics charges.

On Feb. 10, around 11 a.m., on the 4300 block of Tackawanna Street, in East Frankford, officials say Edwards boarded a FedEx truck and,armed with a gun, tied the driver up and took several packages from the truck, after driving it to the 1600 block of Womwrath Street. 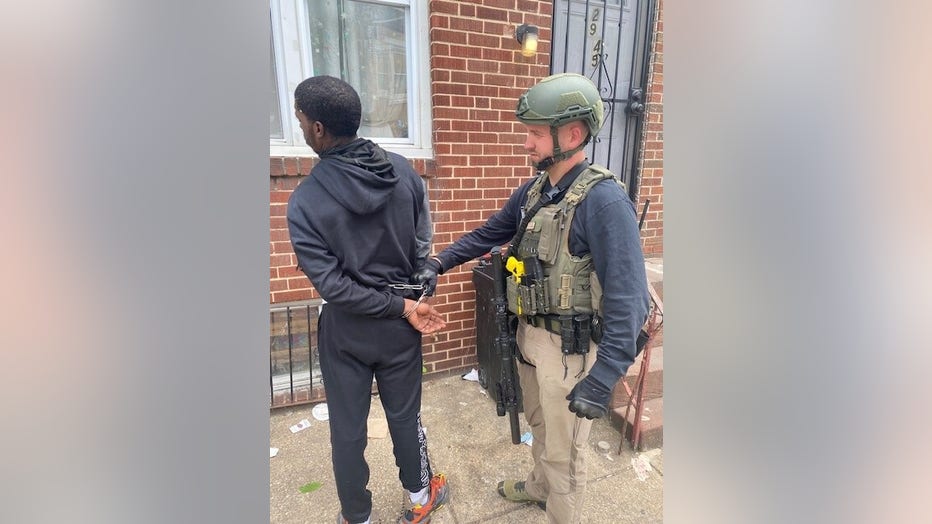 Donte Edwards arrest in Kensington May 26.

Surveillance video released in February showed Edwards appearing to use his jacket sleeve to wipe down the steering wheel and door handle and hit the truck’s surveillance camera before he got out of the truck.

Officials added that the U.S. Marshals, in conjunction with Philadelphia Police’s Northeast Detective Division, took the case after a warrant was issued for Edwards May 24th. 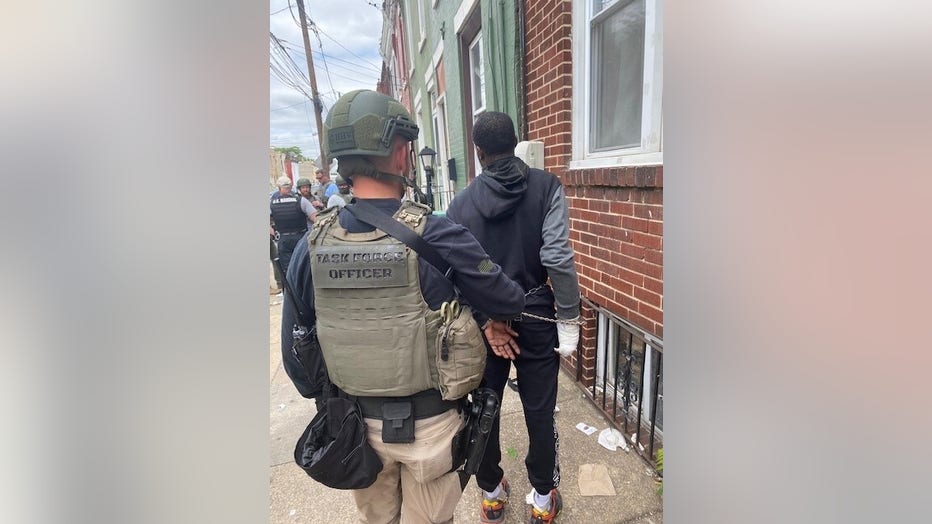 Donte Edwards arrest in Kensington May 26.

Law enforcement determined he might have been living with a woman associate on Ruth Street. Thursday, U.S. Marshals entered a residence on the 2900 block of Ruth Street and Edwards was taken into custody without incident.

During the arrest, narcotics were found on Edwards. He was taken to Philadelphia Police’s East Detective Division for processing.