ST. PETERSBURG, Fla. - Rescue groups say someone is deliberately scalping pelicans by the Skyway fishing pier, and the Florida Fish and Wildlife Conservation Commission is investigating the crime.

Friends of the Pelicans take care of pelicans around the pier, but recently rescuers discovered more sinister injuries.

"They have had literally very specific shapes carved into their forehead area, literally like a knife, a clean edge and no other wound around it," said Kim Begay, vice-chair of the Friends of the Pelicans, Inc.

Begay and other rescuers took photos of graphic injuries, ranging from scalping to clipped wings. 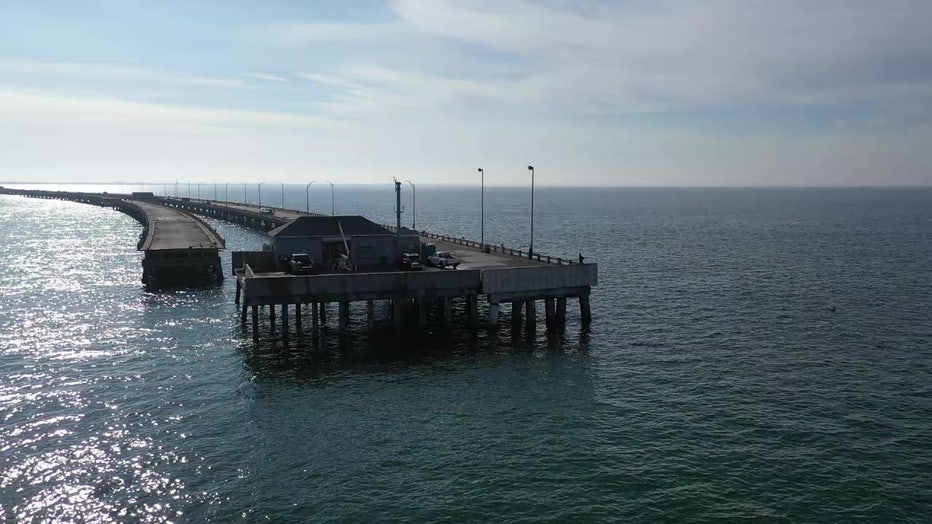 PREVIOUS: Rescue group pleads for help as they rescue hundreds of pelicans from Skyway pier

She said they counted 16 pelicans deliberately harmed over the last month, and they believe it’s happening at night. 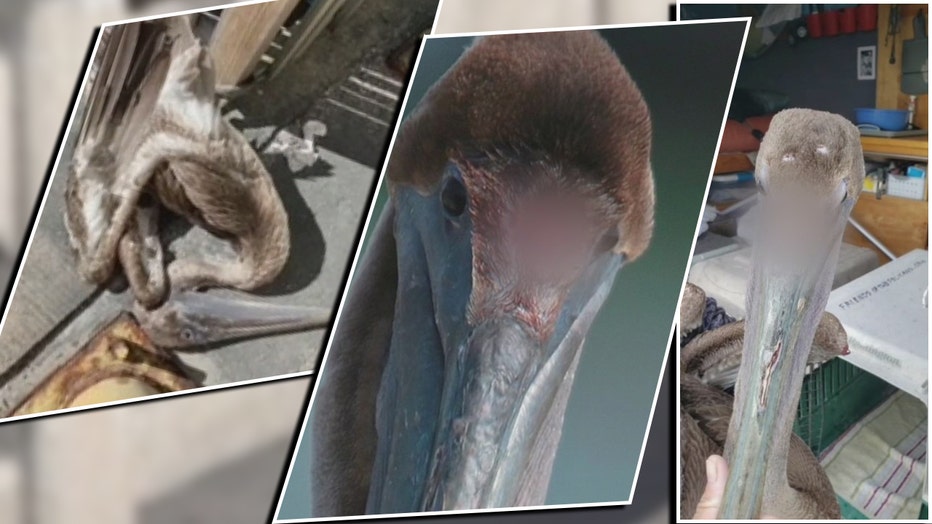 "These are really laid back birds. They’re not that difficult to catch you know," Begay said.

Officers with the Florida Fish and Wildlife Conservation Commission (FWC) confirmed to FOX 13 they are looking into what happened to the seabirds.

Hundreds of pelicans are being rescued every week after being entangled in fishing wire near the Sunshine Skyway Bridge. A non-profit hired a full-time rescuer to help with the job.

FWC spokesperson Officer Specialist Bryce Phillippi sent an email response that said in part: "The FWC has received reports of pelicans being intentionally injured at the Skyway Fishing Pier. FWC officers are currently investigating these reports and we encourage the public to report these violations to the FWC’s Wildlife Alert Hotline."

To reach the hotline, dial 1-888-404-3922. Cellphone users may also dial *FWC or #FWC, depending on the service provider. FWC says Callers can remain anonymous and may be eligible for a reward.

A bird rescue group sprang into action, using a zipline attached to the old Skyway Bridge fishing pier to get to the trapped bird.

FWC said it is an active criminal investigation and they take seabird conservation seriously. Potential charges for those caught harming birds range from animal cruelty to migratory bird violations.

The pelicans call the area home and their survival depends on humans being good neighbors.

"It’s affecting our local pelican population. A lot of these birds that go into rehab, they end up having to be euthanized," said Begay.

Rescuers shared that one of the recently injured pelicans is being cared for at a sanctuary in Indian Shores.