LOGAN SQUARE - There’s a patch of grassy land that can be seen to the right of the Vine Street Expressway driving into Philadelphia.

People may not notice it, ordinarily, but it was certainly noticeable Sunday morning, when a group of volunteers walked nine goats down the path.

“We hired them,” says Rebecca Abgott. 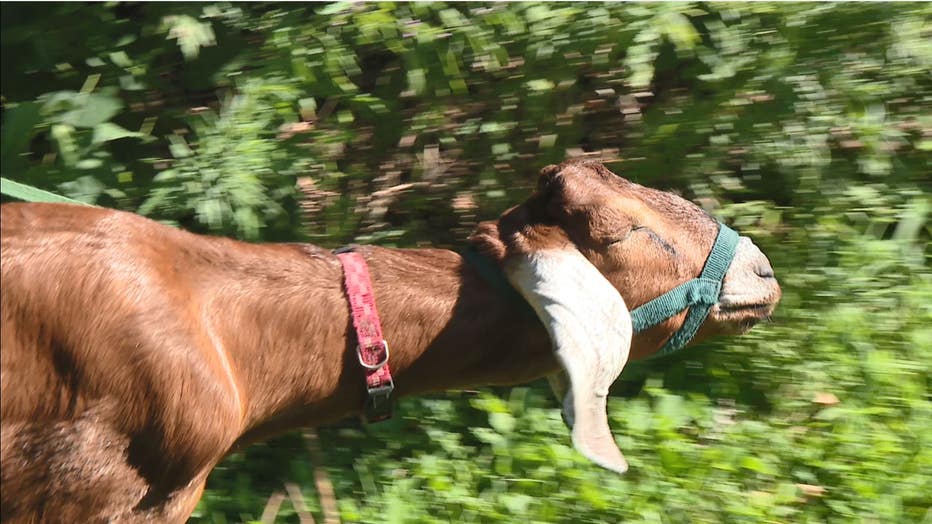 Abgott runs the Community Street Garden, tucked away in the woods underneath the expressway near Summer Street. It includes 26 plots for the community to garden and grow vegetables.

Recently, a portion of the land became overgrown with poison ivy and various weeds.

That’s where the goats come in.

“Never in my wildest dreams did I ever think we’d have goats down here,” Abgott says.

She connected with the Philly Goat Project. Karen Krivit, director, her daughter, and a group of volunteers brought in the goats to get to work. It’s called goat grazing.

“A goat can eat 25 percent of its body weight every day in roughage and that could be things that people can’t even touch like poison ivy or brambles,” says Lily Sage, assistant director at the Philly Goat Project.

The community-based organization also does goat yoga and animal-assisted therapy. 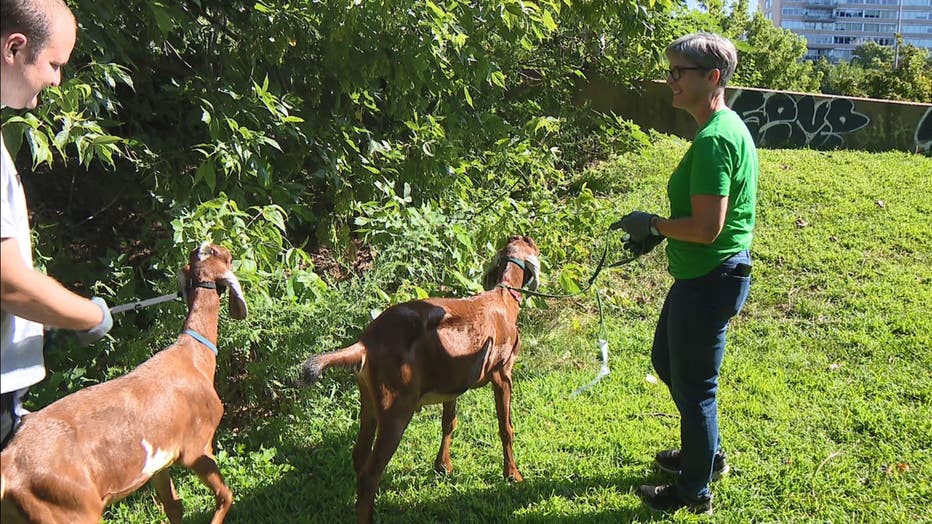 The goats’ calming effect was immediately evident on a number of the volunteers.

Margy’s son has autism and first started working with the goats through a paid internship at the Awbury Arboretum. When it ended, she says he missed the goats and they encouraged him to start to volunteer.

Now he does it every month and his parents often tag along.

“When he comes home from working with the goats he’s happy and relaxed, and always has stories to share,” says O’Neill. “When Karen texts me and says I have a job that I need Matt to do, there’s no greater reward to us than to know that other people see the value in our guy.”

For more information on the Philly Goat Project and how people can get involved, visit their website by clicking here.