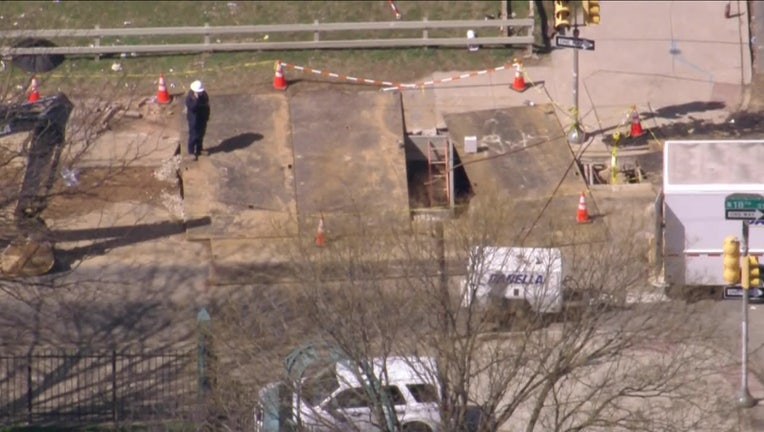 Crews are working to repair a gas main leak Friday in North Philadelphia.

NORTH PHILADELPHIA - A gas main leak in North Philadelphia on Friday morning prompted a dozen homes to be evacuated and three city blocks to close, according to police.

Philadelphia Gas Works crews were called to the 1800 block of Diamond Street just after 10 a.m. after police received reports of a gas leak.

Gas was immediately shut off near the impacted area and Diamond Street was closed between 17th and 20th streets, according to an update from police.

At least 12 homes were evacuated, but no injuries or complaints of illness have been reported.