How do gas prices work?

Politicians often take the heat for high gas prices, but they have little to do with what you pay at the pump.

DALLAS - For the third straight week, the nation’s average gas price has continued to decline, bringing relief to many Americans during the holiday season.

According to GasBuddy data compiled from more than 11 million individual price reports covering over 150,000 gas stations across the country, average gas prices fell to $3.52 per gallon Monday.

"As millions of Americans hit the road for Thanksgiving, we saw gasoline prices continue dropping coast to coast last week, and a new record was set for the largest single day decline in the national average" said Patrick De Haan, head of petroleum analysis at GasBuddy. "All the metrics look very positive for motorists as this week is likely to continue seeing falling gasoline prices, with many areas falling to the lowest level since Russia’s invasion of Ukraine in February. It’s entirely possible the national average price of gasoline could fall under $3 per gallon by Christmas, which would be a huge gift to unwrap for motorists after a dizzying year at the pump." 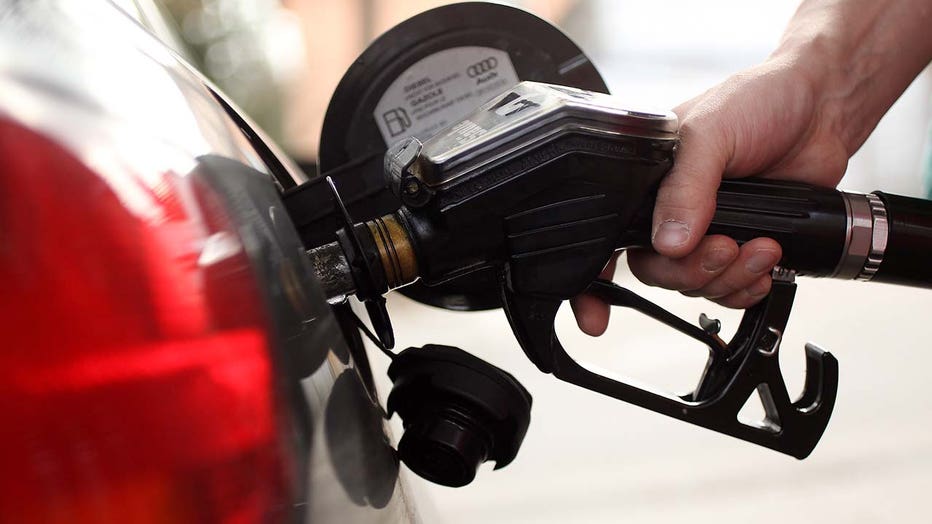 A gasoline station attendant pumps diesel into a car at a filling station on March 23, 2010 in Berlin, Germany. German President Horst Koehler said on Sunday higher petrol prices is the surest means to convince traditionally car-loving Germans to see

This news comes as oil prices continue to come under heavy selling pressure as China sees protests for its zero-Covid policies, shutdowns of major cities, and U.S. demand comes under seasonal pressure as temperatures cool off and Americans do more online shopping than driving to malls, GasBuddy noted.

Last week’s report from the Energy Information Administration showed a 3.7 million barrel drop in oil inventories, which is slightly lower (0.5%) from the year-ago level.

Exxon Mobil broke records with its profits in the third quarter, raking in $19.66 billion in net income. The Texas-based company said that it booked $112.07 billion in revenue during the quarter, more than double the revenue last year during the same period.