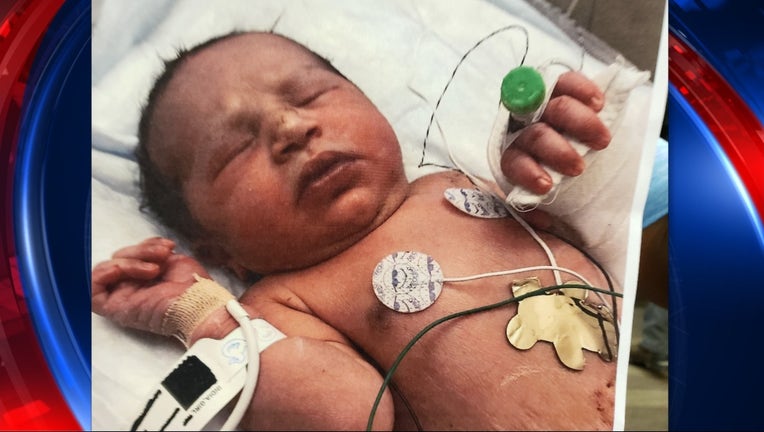 FORSYTH COUNTY, Ga. - In what the sheriff calls a case of “divine intervention”, Forsyth County authorities are trying to find the mother of a newborn girl who they discovered in a wooded area Thursday night.

Deputies found the girl in a plastic bag in woods near Daves Creek Road in southeastern Forsyth County after they received a call from residents who heard the child.

Sheriff Freeman said, “It was without doubt define intervention that this child was found.”

Deputies immediately began giving the child first aid, and emergency personnel rushed her to a local hospital where the sheriff said “surprisingly, the baby was in good condition.”

“Had it not been for those observant citizens who called 911, we would be having a most difficult conversation today”, said Sheriff Freeman.

Authorities have placed the girl who they have temporarily named India into the custody of the Department of Family and Children’s Services.

Now, the search is on to find the mother.

Sheriff Freeman said, “We’re trying to determine how this happened to this child and we have some concerns about the health of the mother as well.”

The sheriff believes India is either Caucasian or Hispanic.

An investigator with the Sheriff’s Office told reporters, “What we’re looking for is a female who was pregnant, probably late term pregnant, and all of the sudden, doesn’t have a child.”

Freeman said after the mother is located, investigators will determine whether or not the mother would face criminal charges.

He pointed out under Georgia law, the mother who does not want a newborn to take the child to a designated area such as a police department or fire station and hand the child over to a law enforcement under no penalty of the law.