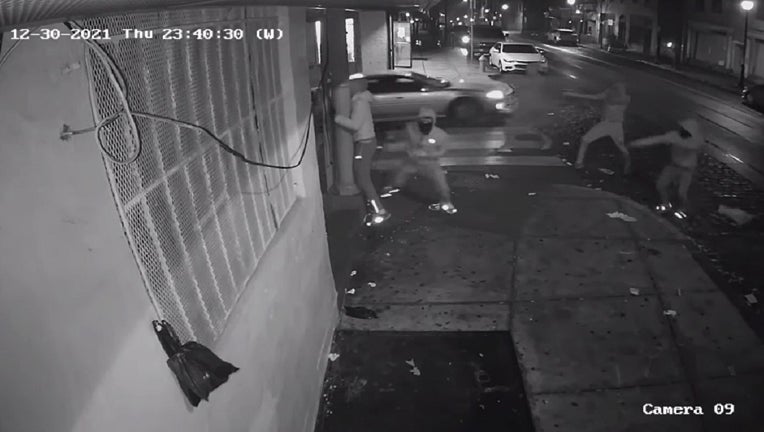 Surveillance video of the incident shows multiple suspects getting out of a van and opening fire.

PHILADELPHIA - Authorities have arrested and charged a man they say was one of several gunmen involved in a shooting that left six people injured in Philadelphia's Germantown neighborhood late last year.

The incident occurred back on Dec. 30 at the corner of Germantown Avenue and Collom Street just before midnight.

Police released surveillance video of the incident showing six suspects getting out of a white work-type van and shooting into a crowd of people.

Five male victims and one female victim were all struck by gunfire, and some members of the group returned fire. The suspects got back in the van and fled westbound on Germantown Avenue.

On Thursday, the Philadelphia District Attorney's Office announced that Omar Johnson, 29, had been arrested and charged in connection with the incident.

Authorities say Johnson suffered a graze wound to his foot during the shooting and later sought treatment at local hospital. He was interviewed by police at the hospital and later arrested.

Johnson is the only suspect who has been arrested in connection with the shooting at this time.