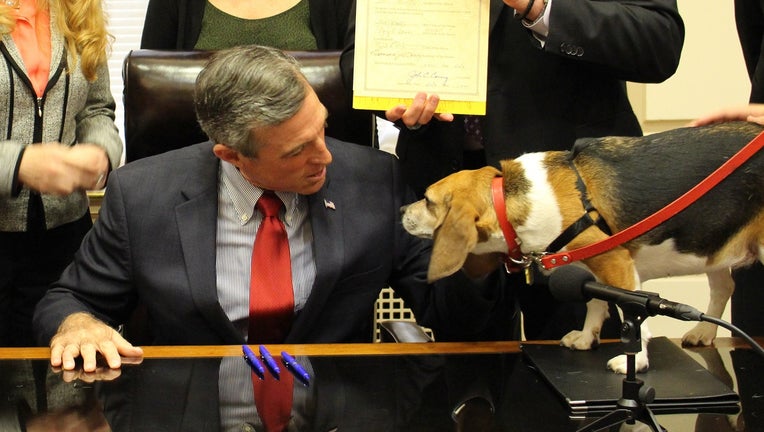 DOVER, Del. (WTXF) - A Delaware law aimed at giving new life to former lab animals is officially in the books.

Under the new legislation, commonly referred to as the 'Beagle Freedom Bill,' research facilities that receive public funding will be required to offer their cats and dogs for adoption instead of euthanizing them when they are no longer needed.

Students and staff of the institution in question would have the option of adopting the animals directly, forgoing a formal adoption process with a rescue organization or shelter, under the bill.

For dogs or cats not adopted by students or staff directly, the bill creates a distinct path to adoption by requiring that the research facility enter into a contract with an animal rescue group or shelter which would carry out the adoption process.

Delaware joins seven other states, including California, New York and Maryland, in adopting such legislation.