WASHINGTON - On Thursday, President Joe Biden signed a stopgap bill that will allow government funding through Dec. 3, narrowly averting a federal shutdown, according to a White House news release.

The back-to-back votes by the Senate and then the House averted one crisis, but delays on another continue as the political parties dig in on a dispute over how to raise the government's borrowing cap before the United States risks a potentially catastrophic default.

The House approved the short-term funding measure by a 254-175 vote not long after Senate passage in a 65-35 vote. A large majority of Republicans in both chambers voted against it. The legislation was needed to keep the government running once the current budget year ended at midnight Thursday.

RELATED: What happens when the government shuts down?

The Senate convened Thursday morning to vote on a series of amendments before tackling the continuing resolution. The measure now heads to the House of Representatives for a vote.

The House approved the short-term funding measure by a 254-175 vote not long after Senate passage in a 65-35 vote. A large majority of Republicans in both chambers voted against it.

The bill's approval buys lawmakers more time to craft the spending bills that will fund federal agencies and the programs they administer. If not enacted, the government would face a partial shutdown when the new fiscal year begins Friday.

Senate Majority Leader Chuck Schumer, D-N.Y. announced late Wednesday that an agreement had been reached, adding that the spending legislation will also provide aid for those reeling from Hurricane Ida and other natural disasters as well as funding to support Afghanistan evacuees from the 20-year war between the U.S. and the Taliban. 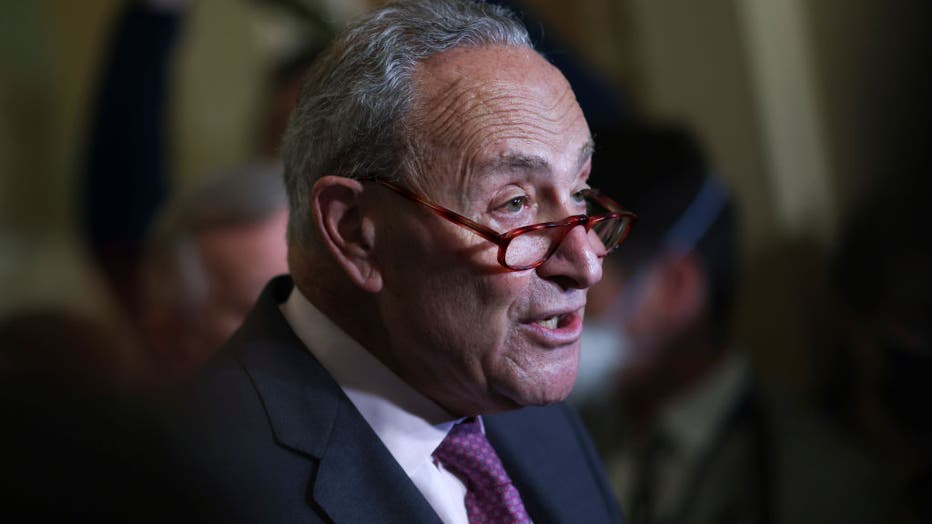 Democrats were forced to remove a suspension of the federal government's borrowing limit from the bill at the insistence of Republicans. If the debt limit isn't raised by Oct. 18, the country would likely face a financial crisis and economic recession, according to Treasury Secretary Janet Yellen. Republicans say Democrats have the votes to raise the debt ceiling on their own, and Republican leader Mitch McConnell is insisting that they do so.

Action in the final hours to avoid a partial government shutdown has become almost routine, with lawmakers usually able to make a compromise. The funding bill was slowed this time by disagreement over allowing the government to take on more debt so that it could continue to meet its financial obligations.

Currently, the borrowing cap is set at $28.4 trillion.

The U.S. has never defaulted on its debts in the modern era, and historically both parties have voted to raise the limit. Democrats joined the Republican Senate majority in doing so three times during Donald Trump’s presidency. This time Democrats wanted to take care of both priorities in one bill, but Senate Republicans blocked that effort Monday.

Raising or suspending the debt limit allows the federal government to pay obligations already incurred. It does not authorize new spending. McConnell has argued that Democrats should pass a debt limit extension with the same budgetary tools they are using to try to pass President Joe Biden’s $3.5 trillion slate of social, health and environmental programs.

He reiterated that warning as the Senate opened on Thursday, even as Democrats have labeled that option a "nonstarter."

"We’re able to fund the government today because the majority accepted reality. The same thing will need to happen on the debt limit next week," McConnell said.

House Democrats complained about the steps they were being forced to take as they approved a standalone bill late Wednesday that would suspend the debt ceiling until December 2022. That bill now heads to the Senate, where it is almost certain to be blocked by a Republican filibuster.

Meanwhile, Democrats are also struggling over how to get Biden's top domestic priorities over the finish line. Those include a bipartisan infrastructure bill that contains $550 billion in new spending for roads, bridges, broadband and other priorities, as well as the $3.5 trillion effort to expand social safety net programs and tackle climate change.

The U.S. House is expected to also vote on the infrastructure bill Thursday, but House progressives have threatened to derail the measure if the Senate doesn’t pass the $3.5 trillion spending bill.