Hurry up and wait at 30th St. Station as people travel home after the holiday

PHILADELPHIA - It was the hurry up and wait game at 30th Street Station Sunday. On the busiest travel day of the year, nasty winter weather conditions did not make it any easier. 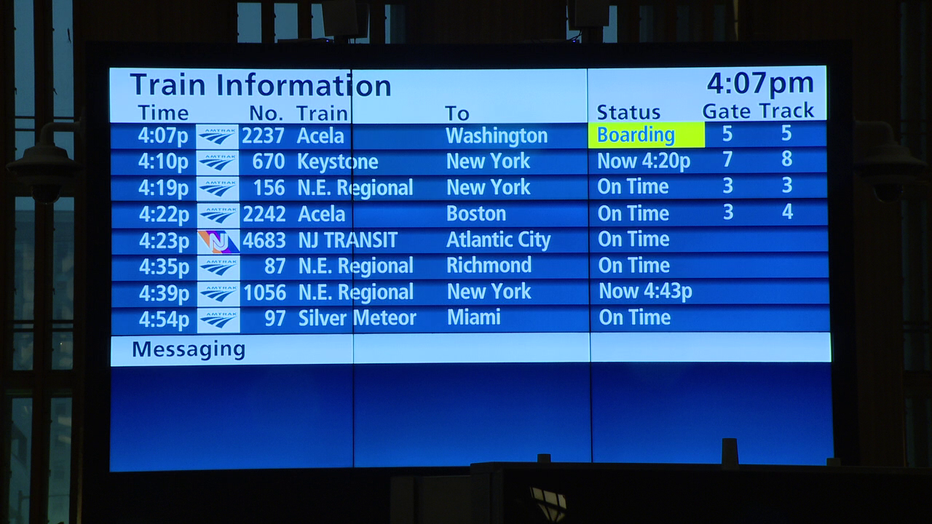 An Amtrak spokesperson tells Fox29 Keystone 664 was delayed almost three hours for mechanical and weather issues outside of Trenton.

“It’s pretty messy out there,” said Heather Berstein. “Just the volume of people out there it seems like the train is the most streamline home.”

The Berstein family sent Brittany back to school in D.C. They say they moved her train up trying to beat the weather, but the traffic nightmare around 30th Street Station slowed them down. 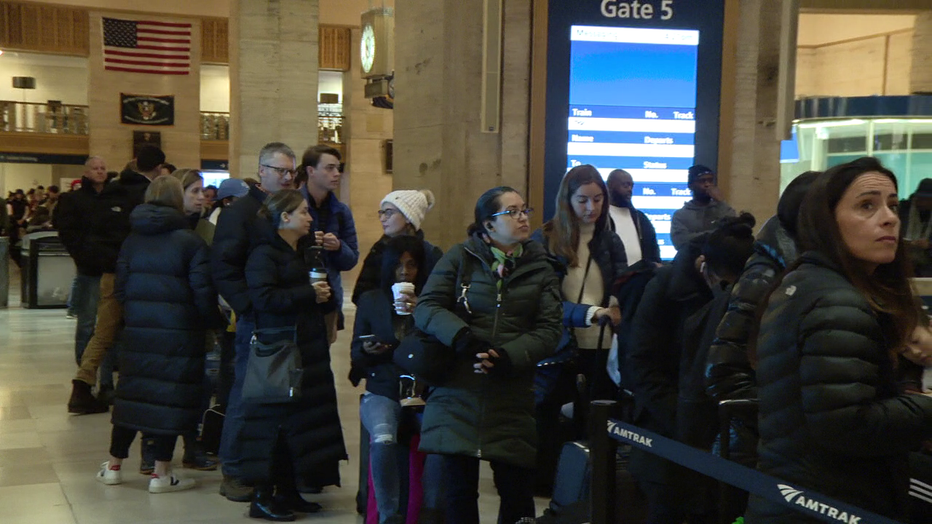 “The traffic here is trash! It’s like very backed up! its horrible,” said Anya Colins, who was also behind schedule.  “It’s the Eagles game, I know it is, but I’m like maybe traffic will be a little low and a lot of people won’t be on the road yet… nope. Should have left earlier.”

Student Mya Drew came very early, and earned a spot second in line for her train to Norfolk, Virginia. 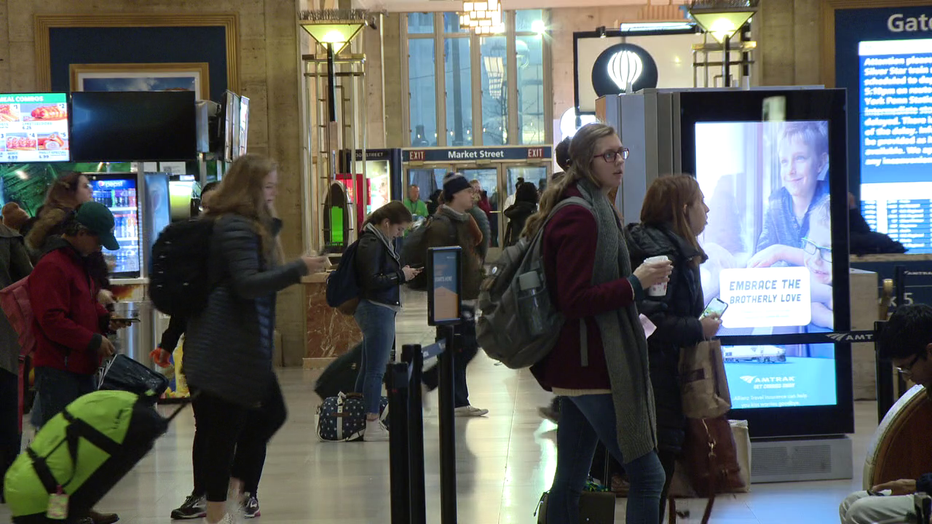 People arriving for their trains at 30th Street Station at the end of the Thanksgiving holiday.

“I kind of figured the trains would be super crowded, from past experience,” said Drew. “Normally, I’m all the way at the end of that line so I got here an hour early.”

In a couple of weeks, she will be back for holiday travel round two. Patricia Gummun uses her wait time wisely, and knits a hat each way from New York to Philadelphia: “I just started this one sitting right here.”

She expects more chaos as she heads north, but won’t let the stress ruin her Thanksgiving weekend.

“You can’t really control the weather so I just make the most of whatever comes out way.”