FOX 29's Jenn Frederick talks with man who is running his sixth Penn Relays at age 85.

PHILADELPHIA - Most people tend to slow down with age, but Joshua Buch is still running towards his goals - literally.

At 85 years old, Buch is getting ready to run in his sixth Penn Relays this weekend.

However, Buch says winning is not his goal. He just hopes to not come in last, and "finish healthy."

Healthy mind, healthy body seems to be Buch's motto in life, and possibly the reason behind his impressive race history.

The 85-year-old, who has been a professor at LaSalle University for 51 years, says he doesn't need to train for the race because he is always in shape.

"I never sit down in the classroom," he said. "I walk around and all my students will hear me like surround sound."

No stranger to the track, Buch ran his first Penn Relays at age 77 - and won! 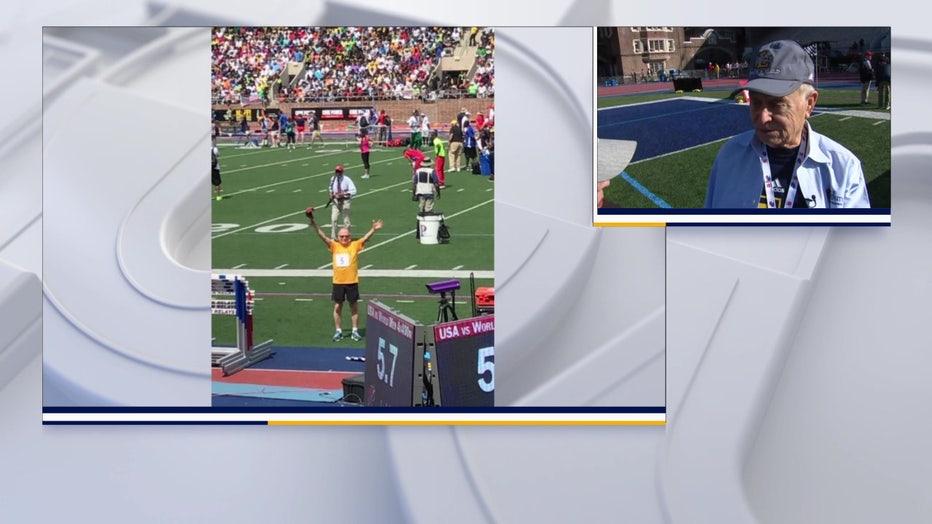 Surprisingly, Buch isn't even the oldest person to run in this year's Penn Relays. A 100-year-old man will be giving Buch a run for the medal.

Now Buch has two goals; beating the 100-year-old this year and running like him when he hits 100.

"I’m not unique," he said. "All the guys running with me are amazing. We are all winners being here."