A gaping hole now runs straight down the middle of the main roof beam of the Paradise family's home.

MARLTON, N.J. - A Burlington County family escaped injury when a massive chunk of ice fell from the sky and through the roof of their Marlton home.

Kim Paradise tells FOX 29 she had just carried her baby out of the kitchen when she heard what she thought was a tractor-trailer crashing through their home.  It turned out to be a giant piece of clear ice that smashed through the ceiling of her kitchen.

Photos provided by Paradise show a gaping hole down the middle of the main roof beam of the home. 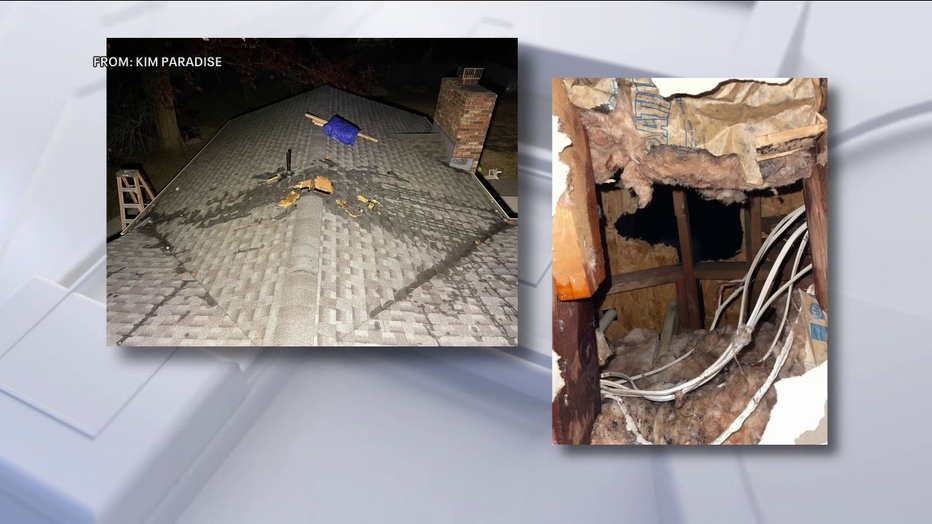 Paradise says she was giving her baby medicine when the ice came crashing down leaving her kitchen in shambles. Luckily no one was hurt.
She thinks the only explanation is the ice dropped from an airplane on approach to Philadelphia International Airport.

The Federal Aviation Administration tells Fox 29 it is investigating reports of falling debris from aircraft near PHL.  A spokesperson for the FAA says the investigation could take days or weeks.