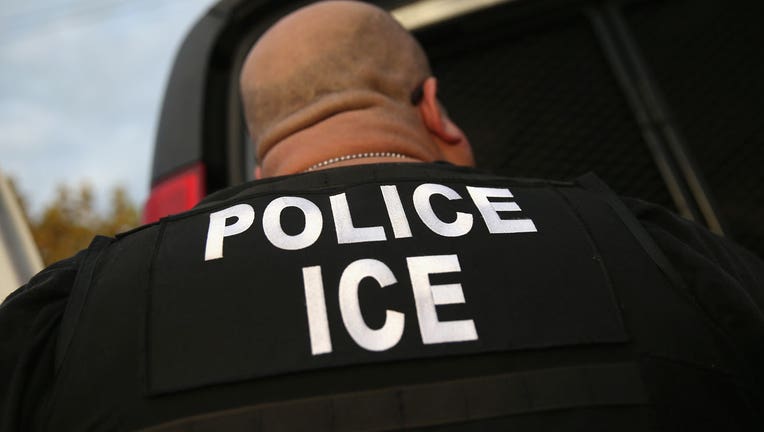 An ICE agent is shown in a 2015 file photo. (Photo by John Moore/Getty Images)

WASHINGTON - Immigration and Customs Enforcement agents are set to arrest and deport families with court-ordered removals in 10 cities across the country starting on Sunday, according to the agency's acting director.

The raids are expected to start in the early morning hours of Sunday, multiple news outlets reported, citing high-level officials familiar with the matter. ICE plans to use hotels as temporary staging areas to detain the families, according to The Washington Post.

ICE considered options to arrest and deport families who have gone through court proceedings for some time, according to CNN, but pushed the operation forward after President Donald Trump tweeted on Monday about the possible deportation of “millions” of migrants.

A source within the agency told CNN that field agents at local offices received briefings and training.

When families are arrested, they will likely be taken to an ICE detention center. Parents who have children who are U.S. citizens may get an ankle bracelet to give them time to get their affairs in order.