LOS ANGELES - Tiger King is the number one series people are watching and talking about on Netflix! Over 34 million people tuned in to Tiger King: Murder, Mayhem, and Madness within the first 10 days of its debut.

In 2017, Joe Exotic, the star of the show, married Dillon Passage. In January, Joe was sentenced to 22 years in prison for a failed murder for hire plot towards his nemesis Carole Baskin, who is the owner of The Big Cat Rescue. Dillon insists that he's not going anywhere, and is standing by his man...even without the tigers!

FOX 11's Amanda Salas caught up with Dillon via Zoom and we discussed everything from Cardi B being a fan and wanting to help Joe clear his name to kids in Joe exotic Halloween costumes!! 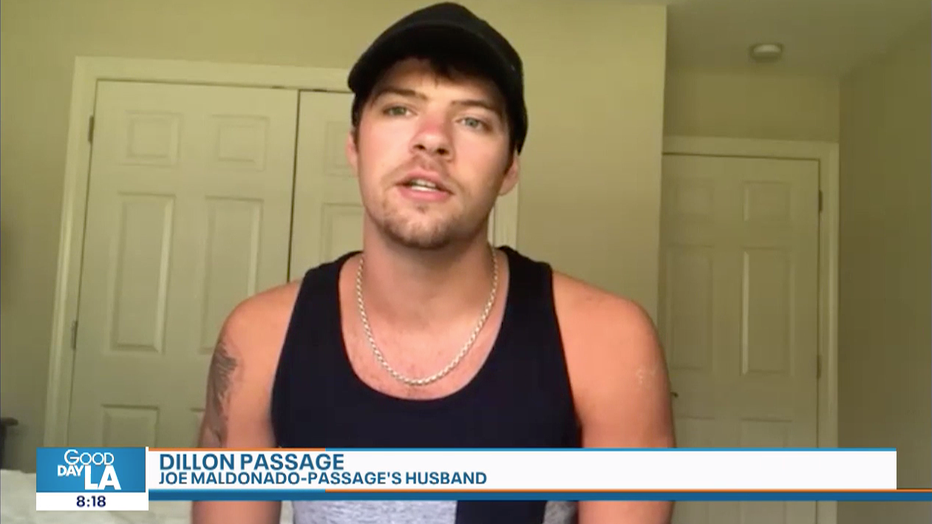 Dillon revealed that the prison guards share the viral memes with Joe Exotic, and that he loves all of the attention and popularity. "As soon as the show dropped, he was actually still in Oklahoma at the other facility," Passage said. "He was getting spammed with letters and emails, and even the guards were showing him the frickin memes. He loves the attention."

An eighth installment of the series is due to drop on Sunday, April 12, 2020 on Netflix, and it will be titled, "The Tiger King and I" and it is hosted by comedian Joel McHale.