QUEEN VILLAGE - They’re loud and dangerous. People are fed up over dirt bikes and ATVs. They say someone’s eventually going to get hurt, or worse.

Videos of dirt bikes and ATVs show them illegally on local streets, taking over lanes and weaving in and out of traffic. A long time nuisance, for some.

"Last year, because the city shutdown for the pandemic, it just exploded," stated Thomas Ayers.

Ayers and his husband John Murphy have had it.

"For the past year, we’ve watched from our window as these riders have terrorized our streets," Ayers remarked.

They began recording the view from their Center City home, hoping to get the city to do something to get them off the streets. It’s a quality of life issue for some in the area. 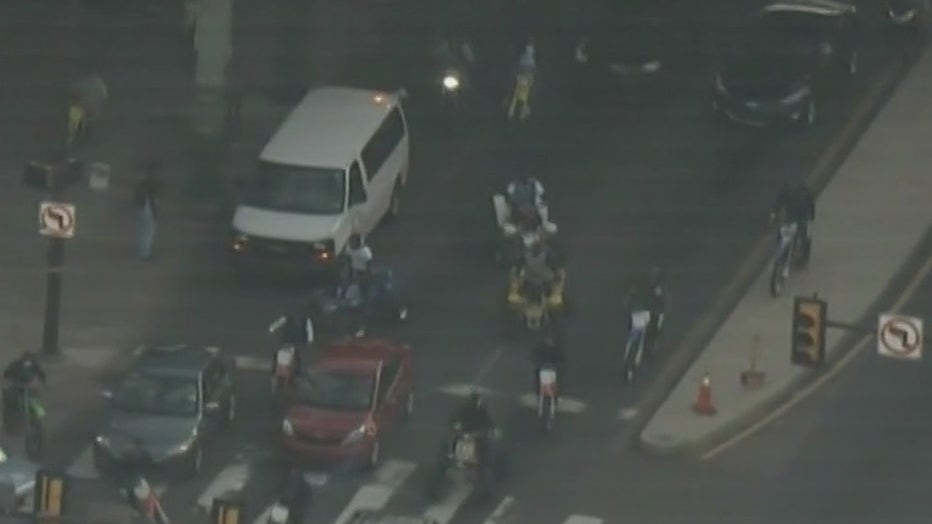 "We’ve actually had to go as far to pause conversation and pause television shows so that we can, for a minute or two and constantly, five minutes after five minutes, swarms of the bikes come through," John Murphy explained.

"We got together to utilize three districts within the Center City and South Philadelphia areas to respond to large gatherings," Deputy Commissioner Joel Dales with Philadelphia Police said.

Deputy Commissioner Dales says police have a detail in place to curtail activity. He said over the last weekend, they confiscated 30 vehicles and over 200 year to date.

Thomas and John hope this is a start, but say otherwise, Philly will lose out if something isn’t done.

"This activity is going to chase tourists away; chase residents away," Ayers commented.