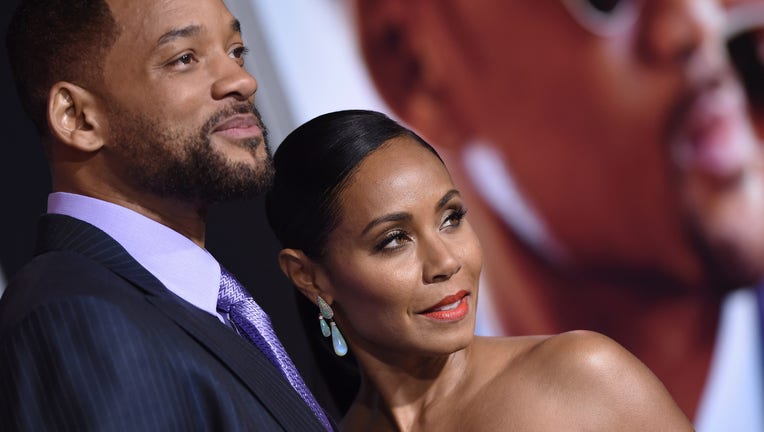 FOX NEWS - As promised, Jada Pinkett Smith took herself to the Red Table.

The actress, 48, addressed the rumors she and August Alsina, 27, had an affair while the "Girls Trip" star was still married to actor Will Smith.

Jada admitted that about four and a half years ago, she and Will separated with the intention to divorce, and while separated she had a "relationship" with Alsina.

"I started a friendship with August and we actually became really, really good friends," Jada explained in the episode -- which was released on Facebook Watch on Friday -- adding that she wanted to help the musician with his "mental state" and found resources to help pull him through a troubling time.

Jada said while that was happening she and Will were going through a rough time and "broke up."

"We separated for a time," she said so the two could figure out what makes them happy. In both their minds, "we were over," she said.

"I got into a different kind of entanglement with August," Jada revealed. "It was a relationship, absolutely. I was in a lot of pain. I was very broken. In the process of that relationship, I definitely realized you can't find happiness outside of yourself."

She also wanted to make it clear that Alsina is "not a homewrecker" but she and Will "were going through a process of healing in a much different manner" as a couple.

"I just wanted to feel good," Jada said as to why she starting dating Alsina. "It was really a joy to help heal somebody." Jada cited her "co-dependency" issues as one of the reasons why she got involved with Alsina.

"I don't look at it like a transgression at all," she said. "Through that particular journey, I learned so much about myself and was able to really confront a lot of emotional immaturity [and] emotional insecurity."

Then, Alsina broke off all communication with Jada and she "hadn't talked to him since."

Rumors began in June when Alsina claimed on "The Breakfast Club" that he had a romantic relationship with Jada.

“I totally gave myself to that relationship for years of my life, and I truly and really, really deeply love and have a ton of love for her,” Alsina said. “I devoted myself to it, I gave my full self to it — so much so to the point that I can die right now and be OK with knowing that I truly gave myself to somebody.”