FOX 29's Jeff Cole has the latest on the Sean Kratz murder trial.

DOYLESTOWN, Pa. - Jury deliberations in the murder trial against Sean Kratz continued Thursday morning as jurors asked to watch the entire 80-minute recording of Kratz's previous confession. Deliberations will continue Friday after the jurors didn't come to a verdict Thursday.

Kratz is accused of helping his cousin kill young men and bury them on a Bucks County farm two years ago. Kratz’s lawyers rested their case Tuesday without calling the 22-year-old defendant to the stand.

Kratz last year turned down a plea deal that would have helped him avoid a possible death penalty. His cousin, Cosmo DiNardo, 22, pleaded guilty and is serving life in prison for his role in the quadruple murder. 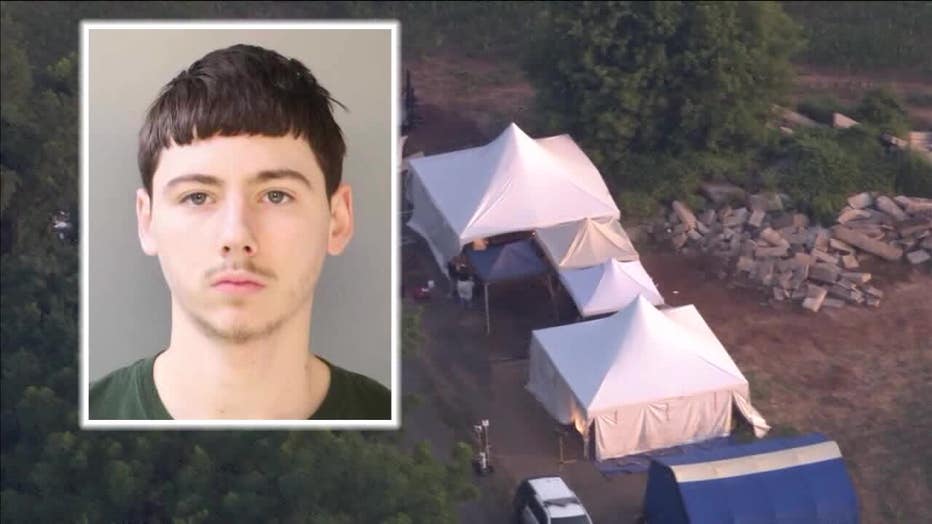 Kratz's attorney said last week that his client was being "preyed upon by a psychopath."

Bucks County prosecutors alleged that Dinardo lured the four victims, ages 19 to 22, to his family's Solebury farm under the guise of making marijuana deals. They were found after a five-day search in 2017, three of them set afire and placed 12 feet deep in an oil tank converted into a pig roaster.

Assistant District Attorney Kate Kohler told jurors that Kratz killed one of the victims and helped while Dinardo killed two others, then helped clean and cover up the evidence. Kohler said the two were "on a mission to kill, rob, burn and bury bodies."

Kratz's attorney, A. Charles Peruto Jr., said Dinardo threatened to kill his client and his family if he didn't cooperate. He said DiNardo was the "lunatic," not his client, who he said was "somebody preyed upon by a psychopath."

Kohler, however, said there were multiple times Kratz could have called for help or even turned the gun on DiNardo. She called the slayings "just something fun to do that day because they could."

Peruto said his client was later manipulated into giving a recorded confession that was played in court. Kratz declined to testify.