A vigil was held Tuesday night for two Bucks County boys who authorities say were gravely shot by their own mother as they laid in their beds Monday morning.

UPPER MAKEFIELD Twp., Pa. - A vigil was held Tuesday night for two Bucks County boys who authorities say were gravely shot by their own mother as they laid in their beds Monday morning.

Officers from the Upper Makefield Police Department were called to Timber Ridge Road around 7 a.m. for reports of an armed person. Police were told by a 22-year-old neighbor that Nguyen allegedly tried to shoot him twice in the face after she handed him a box of photos to give to her ex-husband whom he worked with.

According to investigators, Nguyen pulled the trigger twice, but the gun did not fire. The 22-year-old man wrapped Nguyen in a bear hug and disarmed her, but she fled the neighborhood in a white Toyota Sienna minivan, police said. 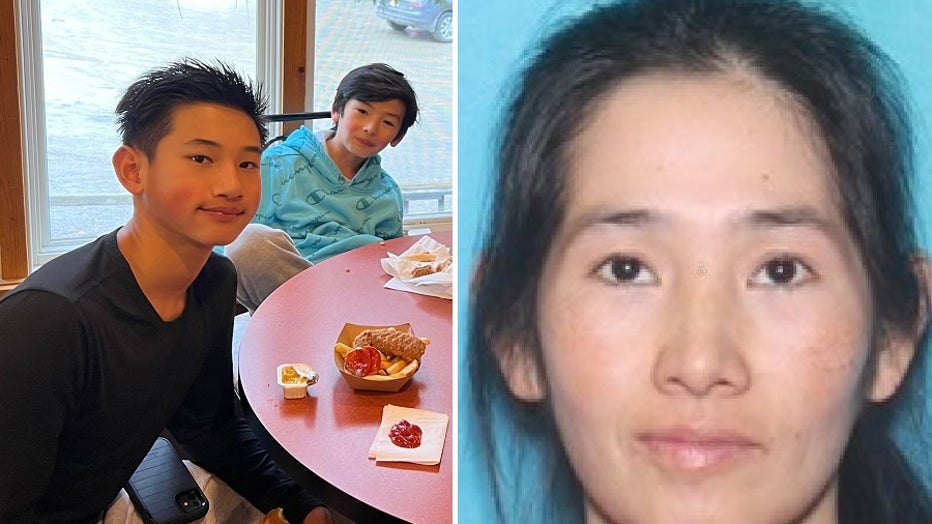 Officers and the mother of the neighbor entered Nguyen's home and found her two boys gravely shot in the head. Bucks County District Attorney Matthew Weintraub told reporters that both boys are not expected to survive and will have their organs donated.

The United Methodist Church held a vigil for grieving community members on Tuesday, some of whom included Jeffrey's friends and their families. A mother of one of Jeffrey's friends described Nguyen as her friend and said her son spent the night at the home last Friday.

"It's just unthinkable because this is a mom that they knew because they spent a lot of time with Jeffrey at his house," April Franklin said.

Friends say Nguyen was being evicted from her home that she rented from her sister-in-law, and court records confirm that she owed $11k in back rent. Investigators believe that the shooting may have been a botched murder-suicide attempt.

"Bad, bad situation she was dealing with," Meg Smith said. "We all didn't know it was that bad, she was a kind person to our kids."

Nguyen showed indications of being under the influence of drugs when she was arrested, according to prosecutors.

She currently faces three counts of attempted homicide, but prosecutors are expected to upgrade the charges to two counts of homicide.