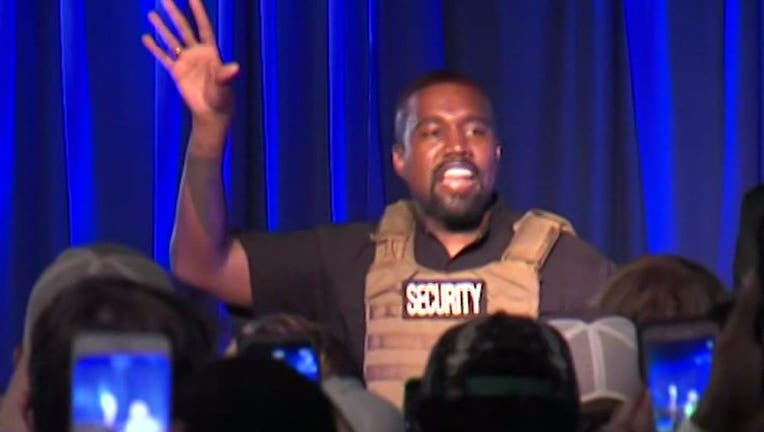 MADISON - Kanye West will not be on the November ballot in Wisconsin. The Wisconsin Elections Commission ruled 5-1 Thursday, Aug. 20 his paperwork was filed late.

WEC staff recommended Tuesday that West be kept off the battleground state’s presidential ballot in November because he missed a deadline to submit nomination papers.

The staff determined that West and running mate Michelle Tidball missed a 5 p.m. deadline on Aug. 5, the last day for independent presidential candidates to submit the required 2,000 signatures of Wisconsin voters to get on the ballot.

West tried to get on Wisconsin’s ballot as a third-party candidate. Staff reviewed his nominating papers and found 2,422 valid signatures.

The commission, split 3-3 between Republicans and Democrats, met Thursday to decide if West would get on the ballot.

Democrats have alleged Republicans are pushing West’s candidacy in several states to siphon votes away from Democratic presidential candidate Joe Biden. Wisconsin is expected to be a key swing state in the race after President Donald Trump narrowly won the state in 2016.

“Wisconsin Democrats successfully fought to deny ballot access to an African American because he was seconds late with his paperwork, but they want to override Wisconsin law by delaying the deadline to accept absentee ballots because six weeks of ballot harvesting may not be enough for them to win. Let that sink in.“The left wants to clear any liberal competition for Democrats, while ensuring a Libertarian is on the ballot to siphon votes from Republicans. Democrats are only interested in voter enfranchisement if they believe they will benefit. If they don’t benefit, they don’t care.”