Kentucky woman dies while hiking with family in Arizona

PAGE, Ariz. - Authorities are investigating the death of a Kentucky woman who was caught in a flash flood in a canyon near the Arizona-Utah border.

Coconino County Sheriff’s officials said they received a call during the evening of July 31 about a possible drowning at Labyrinth Canyon on Lake Powell.

They said 43-year-old Heather Rutledge of Louisville was hiking the canyon Saturday afternoon with her husband and three sons when they were all caught in a flash flood. 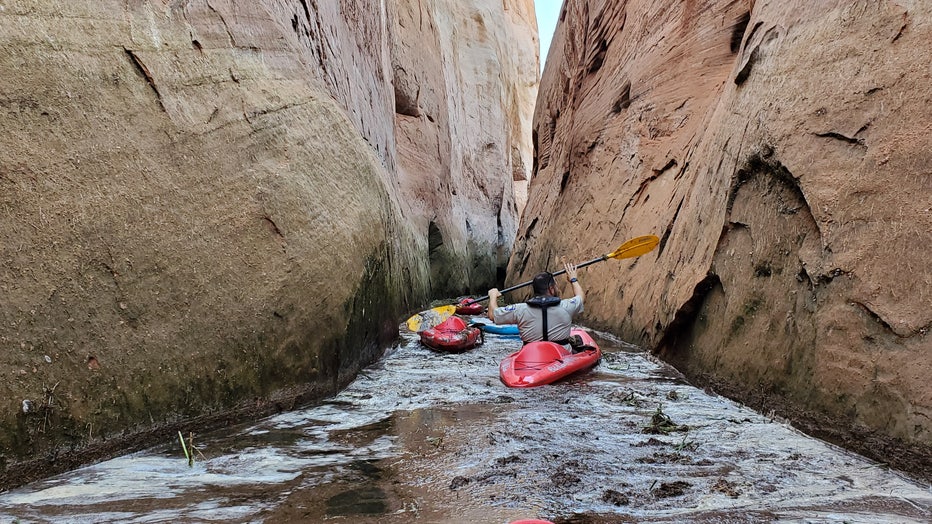 Authorities are investigating the death of a Kentucky woman who was caught in a flash flood in a canyon near the Arizona-Utah border. (Coconino County Sheriff's Office)

"The husband and children were ultimately able to locate Heather and performed CPR but were unsuccessful," the Coconino County Sheriff's Office said in a statement.

Authorities said Rutledge’s husband and children survived, but the woman’s body wasn’t recovered until Sunday due to heavy debris in the water. 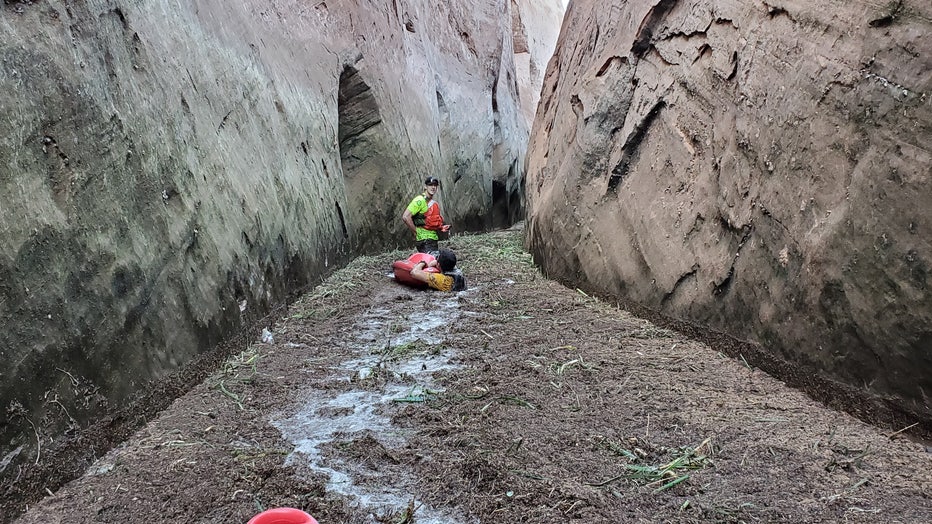 "Due to flood debris, rescuers could not use the kayaks to get up the rest of the canyon and had to swim through heavy canyon debris, to located the deceased," the sheriff's office continued. "Once located, she was removed back to the boat and transported to Wahweap Marina where the Coconino County Medical Examiner took custody of the victim and transported back to Flagstaff."

The body was turned over to the county medical examiner to determine the cause of death.

Labyrinth Canyon is a boat-accessed slot canyon located in Lake Powell. The mouth of the canyon is in Utah, but the rest is on the Arizona side of the state line.