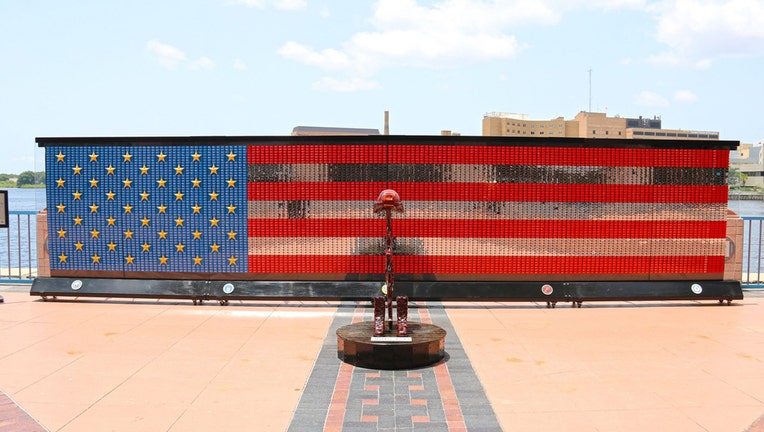 TAMPA, Fla. - It's a stunning, powerful display on the Tampa Riverwalk: a 28-foot-wide American flag made entirely of the dog tags of fallen soldiers.

The Fallen Heroes Memorial is a mobile display that travels the country to "raise awareness of the sacrifice paid by our nation's heroes."

According to Veterans & Athletes United, the group behind the memorial, the design symbolizes the shape of the U.S. flag when draped over a fallen service member's casket.

The large display was built by veterans, active duty volunteers and members of military families, the organization said. 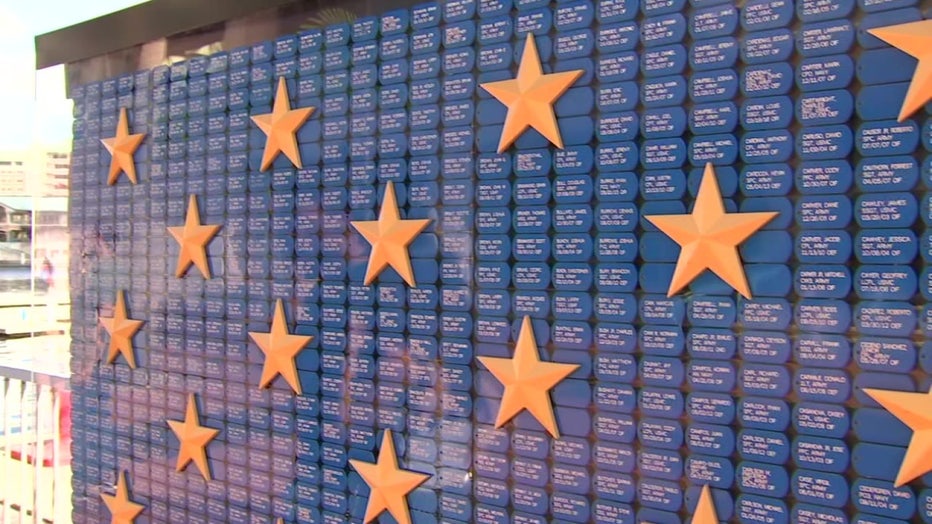 "It is designed out of the close to 7,000 dog tags of all those who have fallen in the War on Terror," the site said. "There are 50 gold stars honoring all Gold Star families nationwide."

The group said the memorial is similar to the Vietnam traveling wall, and can be broken down into eight sections in order to travel across the country to various events.

The flag is on display through Sunday on the Riverwalk for the Warrior Games.