Larry Flynt, who turned Hustler magazine into an adult entertainment empire while championing First Amendment rights, has died at age 78.

As founder of one of the most explicit adult-oriented magazines, Larry Flynt constantly challenged the establishment and became a target for the religious right and feminist groups.

The adult entertainment mogul gained infamy during countless legal battles that would eventually be chronicled in the Oscar-nominated film, "The People vs. Larry Flynt," starring Woody Harrelson. 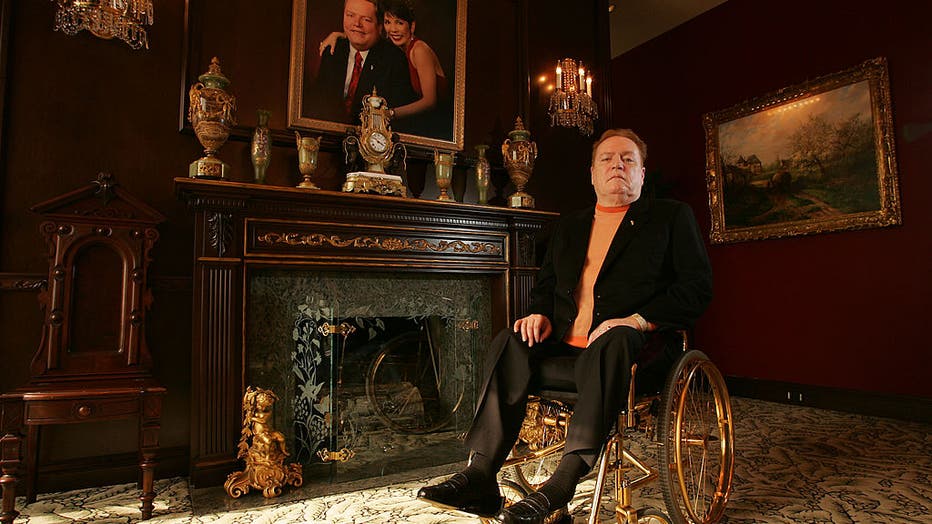 He also gained notoriety for his behavior in court. Flynt shouted obscenities and appeared wearing an American Flag diaper. As a result of the court cases, Flynt was sentenced for contempt.

Throughout his life, Flynt was criticized for his publication of "Hustler Magazine" and in 1978, was shot and paralyzed from the waist down by convicted White supremacist serial killer Joseph Paul Franklin.

The shooting left Flynt with several health complications and eventually led to his purchase of his iconic $85,000 gold-plated wheelchair.

Flynt made headlines for various controversial moves in politics.

In 2017, he offered in a full-page ad in the Sunday edition of The Washington Post "up to $10 million" to anyone who produces information that leads to President Donald Trump’s impeachment and removal from office.

During the 2016 presidential campaign, Flynt dangled $1 million to anyone who could turn over video or audio capturing Trump behaving in an illegal or sexually demeaning manner. That followed the release of the 2005 "Access Hollywood" video in which Trump bragged of imposing himself on women.

In September, Flynt slammed former Liberty University  president Jerry Falwell Jr. in a scathing editorial, calling out the evangelical leader's "gross hypocrisy" and accusing him of spreading a "gospel of greed."

The Associated Press and FOXNews contributed to this story.