As the recent surge in underage vaping continues, a New Jersey father and his son are fighting back with a class-action lawsuit against JUUL.

VOORHEES, N.J. - As the recent surge in underage vaping continues, a New Jersey father and his son are fighting back with a class-action lawsuit against JUUL.

The father and son, from Voorhees, are blaming the popular e-cigarette company for the nicotine addictions of thousands of teens in New Jersey.

The father says he started buying his son JUUL products two years ago, when he was 14-years-old. The lawsuit claims the teen, like many others in his grade, became addicted and eventually began coughing and vomiting on a daily basis.

According to the lawsuit, the father claims he did not know the products contained nicotine, for which he blamed the companies false advertising that he says targets teens.

The lawsuit comes as health authorities investigate hundreds of breathing illnesses reported in people who have used e-cigarettes and other vaping devices. At least six people have died from what officials believe are vaping-related illnesses. 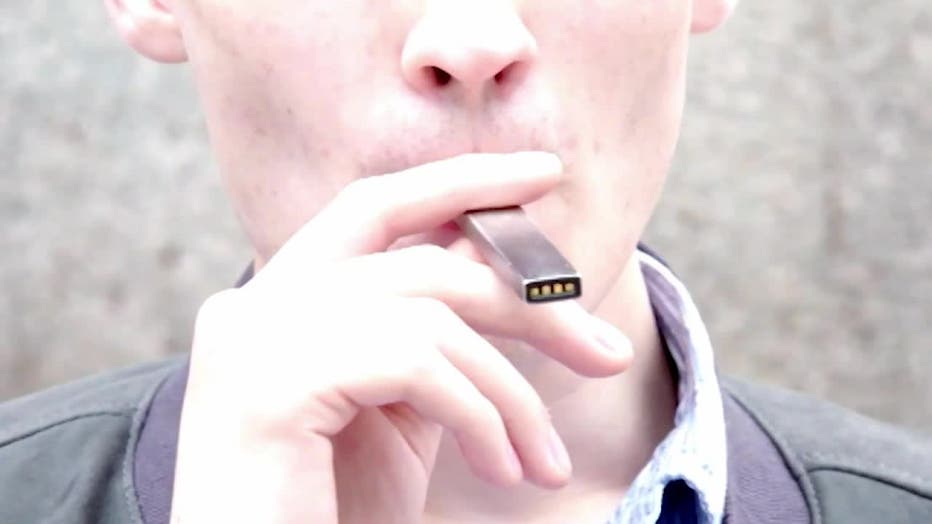 Wednesday, President Trump said he would propose banning thousands of flavors used in e-cigarettes in response to the recent illnesses.

Juul and other vaping companies argue that their products are intended to help adult smokers wean themselves off traditional paper-and-tobacco cigarettes. But there is little evidence that e-cigarettes are effective for helping smokers quit.

Federal law prohibits e-cigarette and all other tobacco sales to those under 18. But last year, 1 in 5 high school students reported vaping in the past month, according to government survey figures.